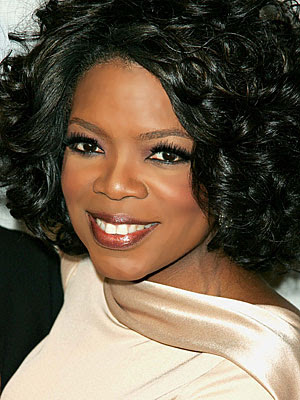 Piers Morgan Tonight proved a hit for CNN, with 2.1 million viewers tuning in to see his debut interview with Oprah Winfrey

The ‘Queen of Talk’ almost broke down in front of the former Daily Mirror editor when discussing her hero Martin Luther King, leader of the civil rights movement.

She also talked candidly about losing a baby when she was 14 and experiencing suicidal thoughts.

When Piers asked her how proud Luther King would be if he was alive to see a black president, Oprah replied: “Now you are going to make me weep.”

She continued: “I know I would not be here… this life…the dream that I live in, would not be possible if he hadn’t been who he was.”

Opening up about her pregnancy at 14, she revealed: “I had no connection to that baby. I felt nothing but relief because I felt before that baby was born I was going to have to kill myself.”

The ratings figures are a triumph for Piers whose predecessor, Larry King, managed an average pull of 657,000 viewers.

However he lost out to rival network Fox News, whose interview with Sarah Palin drew 2.36 million.

Other guests scheduled to be interviewed by Piers include Ricky Gervais, George Clooney, Condaleeza Rice, Colin Firth, and Khloe and Kourtney Kardashian.
Posted by Sporah TV