I WAS INVOLVED WITH GUN CRIME BEFORE!

Black men 'to blame for most violent city crime'... but they're also the victims! 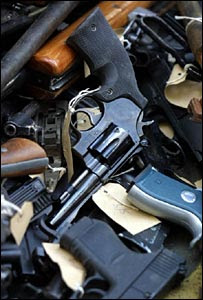 I WAS INVOLVED WITH A GUN CRIME BUT I KNOW BETTER NOW!

Gun crime still makes up a small percentage of all crimes committed in the UK. Over the past few years, there have been a lot of stories in the news where teenagers have been killed by someone carrying a gun.
Wha can we do to stop KNIFE/GUN crimes?.
Posted by Sporah TV