A CHANCE TO WIN A PLASMA TV OR BLACKBERRY SMARTPHONE..!

MoneyGram gives you the chance to win big prizes when you share the magic of Christmas this festive season.

For a chance to win a PLASMA TV or BlackBerry® Smartphone, send money between now and 15th January 2012 to a qualifying country. Then complete this simple entry form. You'll need the last three digits of your transaction number to enter. CLICK HERE

Cash is set to be a popular choice for people in Britain giving presents to family and friends overseas this Christmas.

For a chance to win a Plasma TV or a BlackBerry® Smartphone..!
DON'T MISS OUT THE SPORAH SHOW THIS COMING MONDAY
10:30PM ON BEN TV SKY 184.

NEXT WAS LINDA MIREMBE..!

It's never too late to realise one's dream. Having left Uganda for Sweden aged 20, Linda Mirembe went on to study Media Technology. She has worked in a hotel, as a receptionist, web designer and IT assistant and Field Engineer before starting Weddings Uganda (with her sister Cynthia Nakayenga). The single mother of three will mother of three will be realising her childhood dream when she showcases her hat creations at The Young Designer Awards at Novotel, St Pancras, London.


THEN SPORAH AND LINDA MIREMBE POSED WITH THE MODEL


AND THEN TEJU CHOSEN OF CREATIVE TONGUES.

THEN IT WAS TIME FOR INDIVIDUAL PICTURES..! Beautiful. 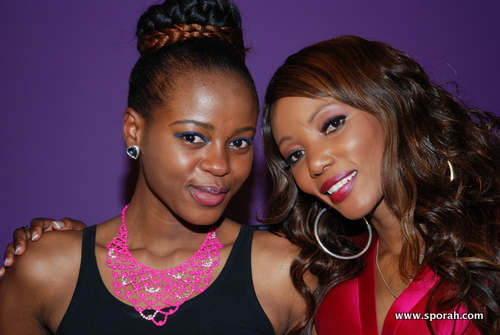 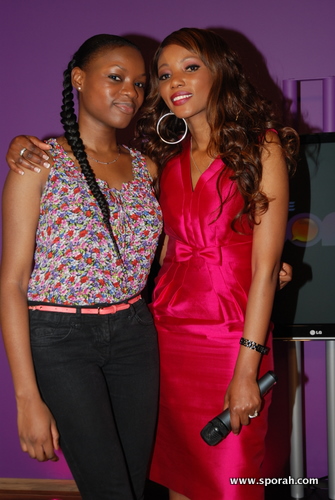 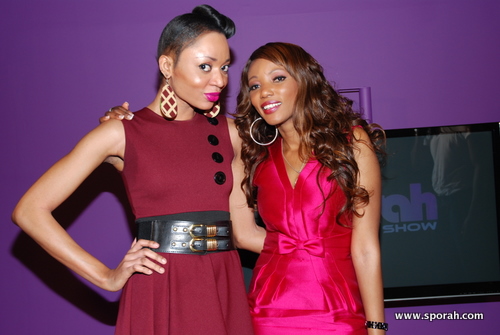 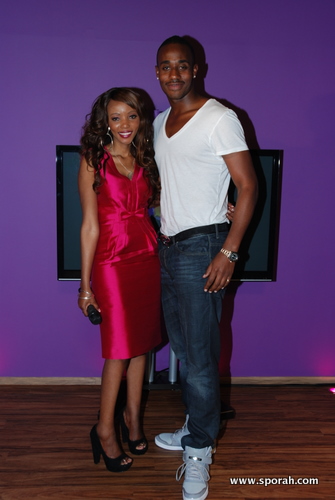 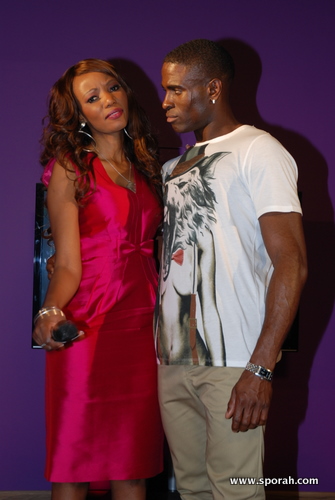 SISTERS IN MAKINMG..! SHIIKANE
Shiikane  is the name of music’s new female group, consisting of twins Shay Shay, Princess Annamay and sister Baby-Kay who are of Nigerian heritage and hail from South East London.


Ladies of many talents, they write, arrange and co-produce their own songs. This is central to their work, the only words to describe Shiikane’s sound are “Just Listen and Enjoy” In early 2009 Shiikane released their first promo album “Shiikane Touched This!” to critical acclaim.
In late 2009 the band released their debut single “Bamboo Dey Chop”. Director Taj Washington shot the video for the single in Los Angeles. The single was produced by Ziro from Atlanta Geogia and featured remixes by DJ Nikki of Beatnikk Productions and Tilla Man of Puyanga fame.
In 2010 SHiikane did a national school tour in the UK, which also included acts such as Bashy and Tribal Man. The band also became ambassadors for the Charity Crusaid/Terrance Higgins Trust and performed at the annual Race For Life Festival in front of 10,000 people.
2011 The Moon runners shot the video which will be available soon. 2011 is set to be an exciting year for the band with plenty more surprises in store.
Hair by: VANITY LOCKS
HAIR EXTENSIONS - 100% PERUVIAN HUMAN  HAIR.
Make up by: SOPHISTIQUE

The ultimate in time efficient Christmas shopping, MoneyGram allows people in Britain to send cash to more than 155 countries and it can be with the recipient in just 10 minutes.

MoneyGram Gives You The Chance To Win Big Prizes When You Share The Magic Of Christmas this festive season. Find Out More On The Sporah Show This Monday 10:30pm on SKY 184 (BEN TV)