Last year, as Oprah Winfrey was attempting to set up lucrative carriage deals for her new TV network, she decided to negotiate personally with the executives at Comcast, the nation’s largest cable operator.


Winfrey traveled to the company’s Philadelphia headquarters in the hope that a little Oprah magic would result in handsome fees for her joint venture with Discovery Communications. But according to multiple sources with direct knowledge of the meeting, Comcast executives not only rebuffed Winfrey but characterized her pitch as “greedy” for an unproven network. After that, Winfrey did not attend other such meetings.

The rude awakening is indicative of Winfrey’s struggle to turn OWN into the kind of powerhouse she presided over during her 25 years as the queen of daytime TV -- a struggle that has taken on a new sense of urgency as Winfrey returns to television with the launch of her weekly interview show Jan. 1, OWN’s first anniversary. As losses mount, industry observers and some former insiders are starting to wonder how long Discovery or Winfrey will stay in the ambitious effort to make OWN fly.
Today, major service providers including Comcast pay nothing for OWN, which is not unusual for a network with no ratings history. (Comcast declined comment.) But Discovery is going without those fees as it has poured $254 million into funding the venture (far above its initial $189 million commitment). And the network faces an increasing number of “make-goods” after negotiating rich pacts with such blue-chip advertisers as General Motors and Procter & Gamble, which agreed to a $100 million multiplatform sponsorship deal personally shepherded by Winfrey.
With these pressures, analysts suggest Winfrey should cover at least some of the costs of running OWN. Right now, the venture pays 7 percent interest on the $254 million investment, and Discovery recoups its investment first with profits split 50-50.
From the start, Winfrey’s reach has seemed to exceed her grasp with OWN. She attempted to launch the network while still hosting her syndicated show. And unlike competitors, OWN tried to program without a lineup of reruns of established shows. “It’s hard to start without an existing library,” says a source with firsthand knowledge of the situation. “The idea that [OWN] had to create almost all original programming was kind of daunting.”
Winfrey also is said to have been unfamiliar with the general television landscape, according to sources with firsthand knowledge -- one insider says that in the early going, she often expressed enthusiasm for ideas that seemed original to her -- but weren’t. “Oprah has a bubble she lives in,” says another. “She’s not a fan of a lot of TV.”
Multiple sources also describe Discovery Communications president and CEO David Zaslavas somewhat “starstruck” in his early dealings with Winfrey. These sources say Zaslav operated on the hope that Winfrey would be willing to appear on the network five days a week, even though she was “pretty firm from the outset” that she would not.
"That claim is ludicrous," says Discovery spokesman David Leavy. "We are trying to build a business, a brand and a platform to nourish an audience and build value for the long-term. Any characterization beyond that is just ill-informed."
One insider says Winfrey delayed signing her deal with Discovery in part because of ambivalence about the venture overall and escalating pressure to increase her role. Her pact was renegotiated in summer 2010, several months after she announced in November 2009 that she would end her daytime talk show.
From the start, OWN has been beset with executive turnover. The most recent casualty was Discovery COO Peter Liguori, whose exit was announced Nov. 9.
So far this year, OWN is averaging just 136,000 viewers per day (Monday through Sunday, 6 a.m.-6 a.m.), a decline of 8 percent compared to predecessor Discovery Health in 2010. Among women 18 to 49, OWN is down 12 percent. In primetime, OWN actually is up slightly among total viewers -- 2 percent, to 258,000 -- and is up 8 percent among women 25 to 54. But OWN is flat among younger women 18 to 49. 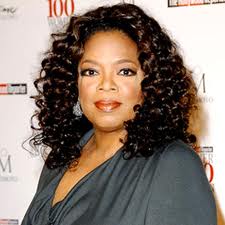 If Discovery executives remain disappointed with OWN’s ratings -- “below our expectations” is how Zaslav characterized them in May -- they say they remain committed to the network. “My job, Oprah’s job, is to create a meaningful audience for OWN over the next two years,” Zaslav said Dec. 7.
Executives at Discovery stress that the network is looking at the long-term upside potential of OWN. “After 11 months, we’re very pleased with where we are,” says Leavy. “We remain extraordinarily enthusiastic about the venture and what the venture holds.”
So far, the top-rated OWN show has been The Judds, which averaged 724,000 viewers and wrapped its six-episode run in May. The No. 2 show is reruns of CBS’ Undercover Boss(640,000 viewers). And while OWN is doing relatively well with the documentary series Our America With Lisa Ling (477,000 viewers) and docusoap Welcome to Sweetie Pie’s (450,000 viewers), the much-hyped Rosie Show -- which marked the return of Rosie O’Donnell to the talk-show format -- has been a big disappointment, averaging only 244,000 viewers as of Dec. 4.
The next test for Winfrey, 57, will come with the launch of Oprah’s Next Chapter. The weekly interview show -- a promo features Winfrey in the New Hampshire woods with American Idoljudge Steven Tyler -- will mark Winfrey’s return to the format that made her famous, albeit in primetime and only once a week. The show will air Sunday at 9 p.m., a competitive time slot. But executives at OWN and Discovery are banking that a little Oprah will go a long way to shore up the network’s disappointing fortunes.
“A network’s ratings can improve quite a bit with one oversized hit,” says Eric Handler, an analyst at MKM Partners, adding that OWN was launched with “an unusually high cost structure for a cable network because Oprah was attached to it.”
On the positive side, SNL Kagan analyst Derek Baine predicts advertising revenue for OWN will hit around $56 million this year and more than $85 million next year, far better than Discovery Health’s $15.1 million in 2010. But he expects affiliate revenue to be cut in half, from $62 million in 2010 to less than $30 million in 2012 as Discovery attempts to lure more carriers by giving the channel away. Further, he says programming expenses are likely to balloon from $29 million last year to $135 million this year and more than $155 million next year.     What this means for OWN’s overall financial picture is murky because Discovery is an equity investor and therefore doesn’t fully consolidate its results in financial reports. Thus wildly divergent predictions: Baine estimates that cash flow will swing from $28.8 million in 2010 to a negative $55.6 million this year and a $67 million loss in 2012. Miller Tabak analystDavid Joyce expects Discovery to report a loss of $17 million for its equity stake in OWN for 2011, which will reverse to a positive $26 million next year and positive operating cash flow of $81 million by 2016.
Observers agree that an increased sense of urgency has surrounded OWN in recent weeks, as insiders wonder whether the company can increase carriage fees, and how much it will need to invest to do so. TV distributors would not comment on when their current carriage agreements with Discovery and OWN expire.
With major service providers paying nothing for the network now, the hope is that by 2013 these providers would agree to pay 20 cents per sub, a hefty increase from the 7 cents Discovery Health was getting from some, if not all, carriers. Sources say some smaller operators, including Charter and Cox, have agreed to those terms. [OWN did sign up Cablevision -- which has more than three million subscribers in the New York City area -- in December 2010.] But OWN has so far been unable to turn major operators. SNL Kagan estimates that at least for those who are paying, average monthly carriage fees per subscriber for OWN dropped to 5 cents this year and will go to 3 cents in 2012 as OWN offers the network to providers for free.
Some believe requiring Winfrey to pony up more money is the smart move. “Discovery has deep pockets but not bottomless,” says Handler. “I think getting Oprah to match Discovery dollar for dollar on new capital would be a great idea, and it would show investors that she remains serious about the long-term success of the network.”
Winfrey has said that she “lets other people worry about ratings.” But the ratings -- and everything else about the network -- have become a big problem, leaving many industry observers wondering whether Discovery or Winfrey will have the stomach to continue the struggle. “If I were her, I’d pack my bags,” says an OWN insider.
SOURCE >>>
Posted by Sporah TV