I HATE MEN AND I NO LONGER ENJOY SEX. 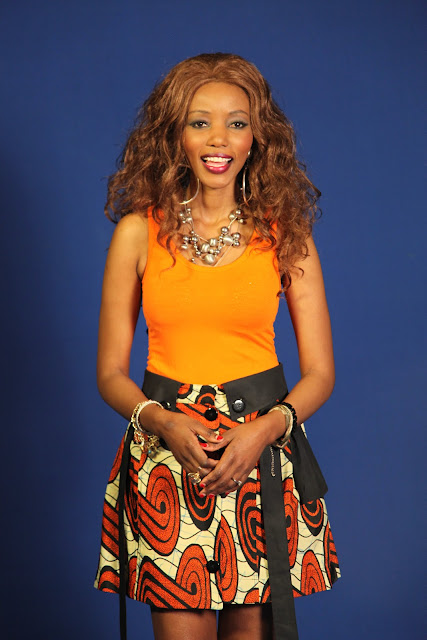 Getting letters from my fans is always exciting, this week we received a very special Story from a young woman lived in Tanzania - East Africa.

Hi Sporah! At form 3 my teacher impregnated me; when my Dad discovered, I was driven out of home; and unfortunately my Step mom disliked me so handed me no support.

Luckily the Father of my unborn child let me into his home and promised to marry me; so I stayed with him for sometime without my family’s knowledge of my where-abouts. Seven months on, my Father had a change of heart and decided to look for me; and forgave me, even after finding out who I found refuge in.

My informal fiancé thought this would be the right time for him to make it formal by properly introducing himself to my family and pay the Bride Price. As it was official, I didn’t see the point of going back to my Father’s house; so stayed at my ‘official’ soon to be Husband’s house. God is Great, two months later we welcomed a Beautiful baby girl.

After a Year of Breast feeding, I thought maybe it was time to Bless the relationship by having a church wedding then I could also go back to school. He and my family were very supportive. In 2007, we thought it was best that I attended Boarding school, to strengthen my focus, away from family responsibilities, after the church wedding in September 2006. In God’s Greatness, I did well enough to be selected to a Government advance school and my Husband was still very supportive; from covering my fees to making sure I was taken care of in general.

Everything was Great, until form 6 when I stopped hearing from him. He also neither picked up my calls nor replied my texts. I couldn’t really do anything as I needed him to keep paying for my school fees. A week before the end of term, I asked him to please send me the transport fare to get back home, he told me to wait two weeks as he didn’t have any money at the time. Luckily, I had a little savings of my own, so decided to go back home without informing him.

During my school time, we asked his niece to move in, to help with the house work and the baby; who informed me that my husband was away on a business trip when I got back.

It felt weird in my own home, as I looked around and a few things had been changed and moved around. Also noticed our wedding and family pictures were no longer in the lounge, all removed apart from my daughter’s pictures; his niece informed me that my husband took them off, and also locked the master bedroom and the guestroom.

Now, I really needed to know what had been going on in this house and why things were changed; so decided to break the bedroom doors. Only to find all my stuff had been moved from our marital bedroom and packed in the Guest room.

Though still in shock, the next day, I cleaned the master bedroom and placed all my things back.

I was still quite upset and shocked, so said nothing to him when he got back 2 days later, plus I figured he must have been exhausted from the trip so wanted him to rest first.To my surprise, he didn’t have anything to say to me either, he went straight to bed.

In the morning, I asked him if there was anything we needed to talk about and he told me there wasn’t; but as days went by, he kept coming home after everyone had gone to bed.

One day, he forgot his wallet when he left for work; inside there was a different phone Sim-card with the number I wasn’t familiar with. As I went through the phone line using my phone, I was upset and shocked to find love messages from another woman. It took me a whole week, but finally gathered courage to get in touch with the other woman who was amazed to hear that I was in my husband’s house because as far as she knew, I was no longer in the picture.

She asked if we could meet up and talk; wanting to know what was going on, I agreed. She came alone and I showed up with my Daughter.

She told me she knew that the man she was dating was married, but he had told her that he had no knowledge of my whereabouts since the day I ran away from my marriage 4 years back, and left him all alone with our only child; and so was no longer in the picture.

When confronted, he had no further explanations than he was just tired of being with me; and as I had had enough, decided to move out with our daughter, back to my parent’s house. It’s been two years now since I moved out, but he hasn’t either rang my parents to explain himself or come to see his child.

I’m 26 years old now, in my third year of University. I thank God for getting me this far education-wise and keeping me strong through all this. My love life is just not as fortunate; as I absolutely HATE MEN and no longer enjoy Sex. I just can’t let Love in my life again because I don’t know how to trust men anymore.

Anyway, I appreciate your time, It definitely helps to let it out.
Translation By Linda Kapinga


DO YOU HAVE YOUR OWN TOUCHING & INSPIRING STORY TO TELL?


WE WANT TO HEAR YOUR STORIES AND INSPIRE MORE MUCH PEOPLE WITH YOUR STORIES! YOUR STORY MIGHT HELP ANOTHER PERSON IN OVERCOMING CHALLENGES.
Email: sporahtvshow@gmail.com
Tel: 02075360382
Posted by Sporah TV