It was a colourful ceremony as Tanzania were officially welcomed to the London 2012 Olympic Games Village at Stratford in London, UK.
Tanzanian High Commissioner to the United Kingdom H.E Peter Kallaghe, his deputy High Commissioner Mr. Chabaka F Kilumanga and his first Secretary at Tanzania High Commission Mr Amos Msanjila attended the ceremony. 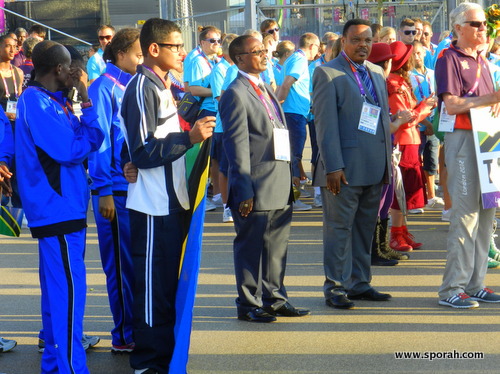 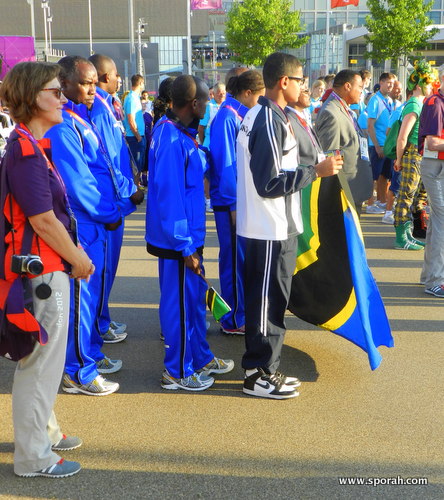 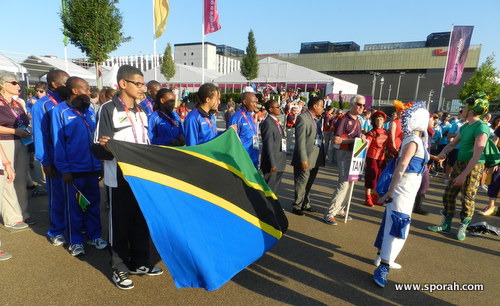 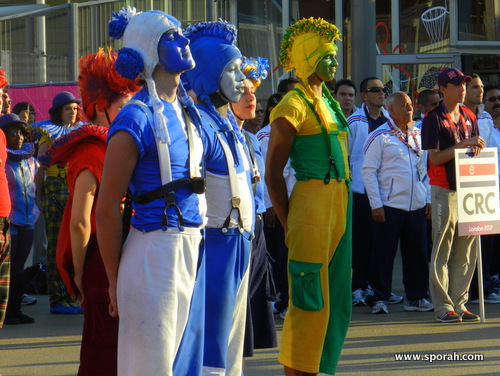 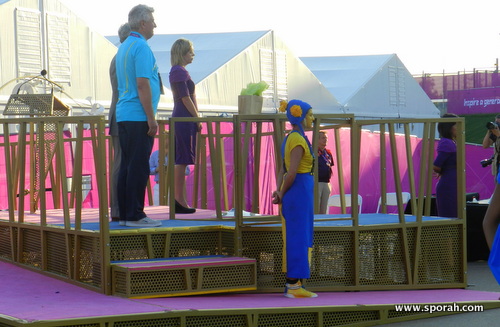 The Tanzanian High Commissioner To The UK H.E Peter Kallaghe and Some Tanzanians based in London were also part of the audience who came to witness their home team being received at the London 2012 Games Village. 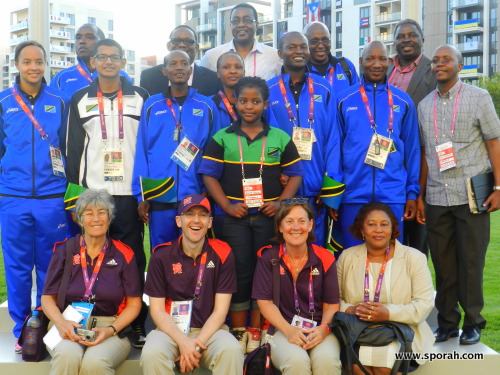 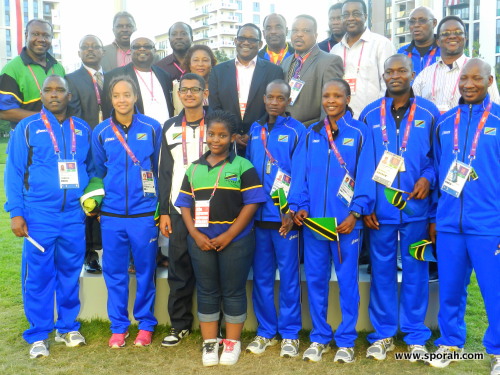 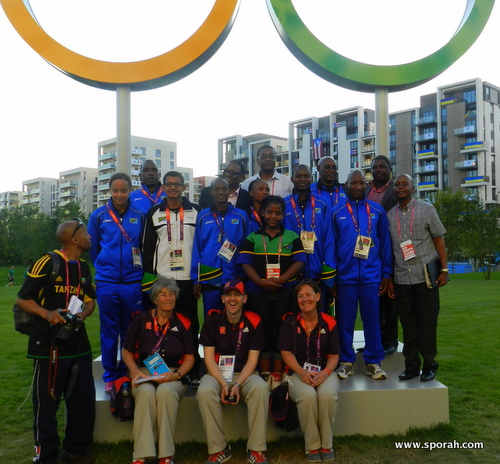 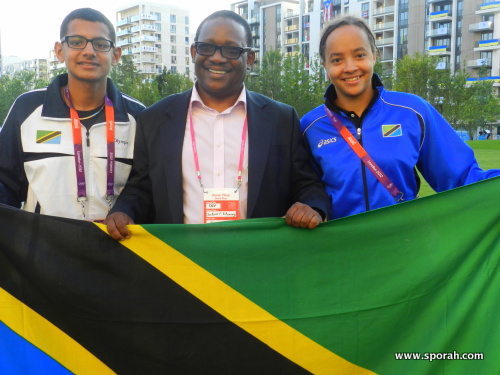 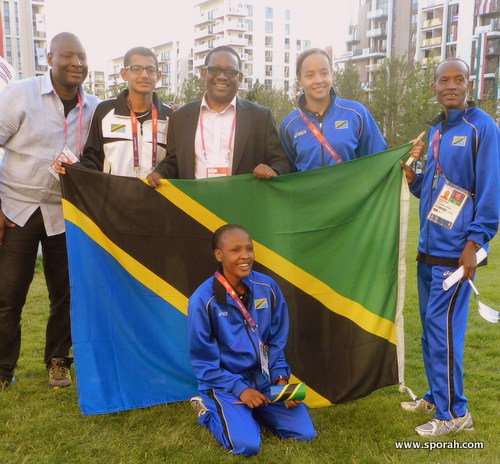 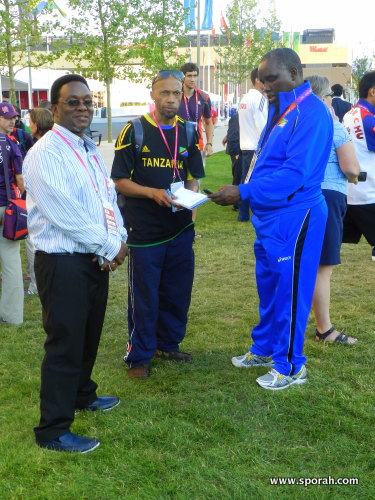 Phares Magesa Vice President Tanzania Basketball Federation  and Fredy Macha were there to witness their home team being received at the London Olympic 2012. 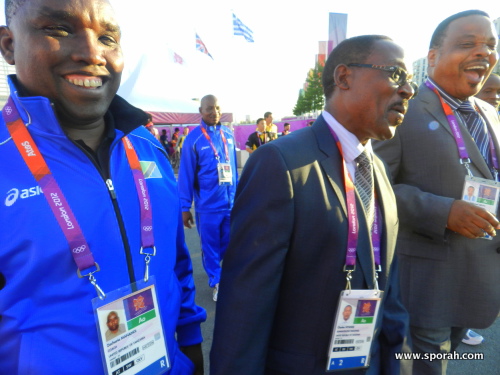 Tanzanian representatives for the London 2012 Olympic sharing a laugh. 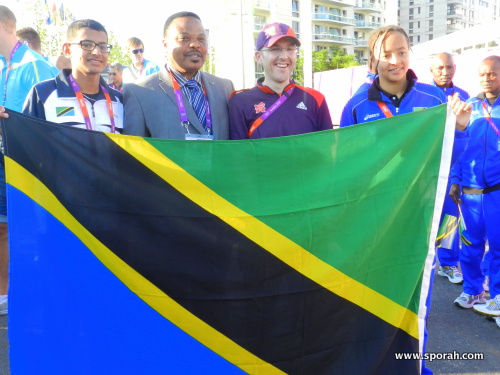 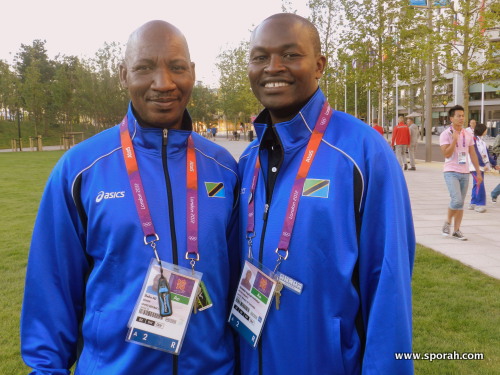 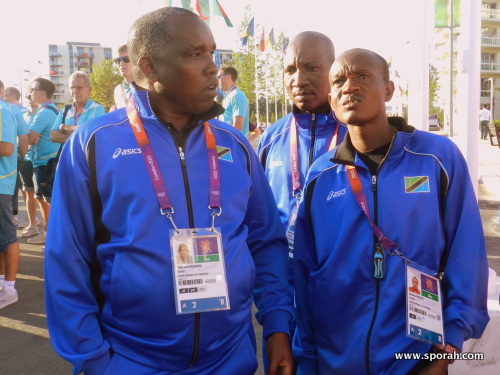 Amazing Traditional Dancing At The Opening Ceremony Of The Games, With The Aim Of Engaging The Athletes In A Fun And Interactive Experience. 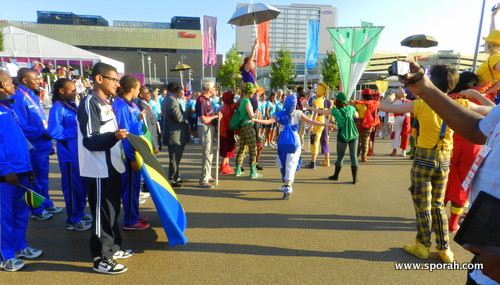 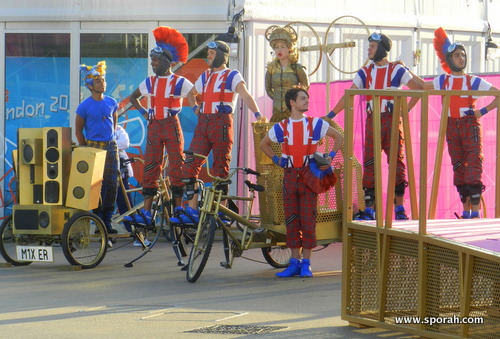 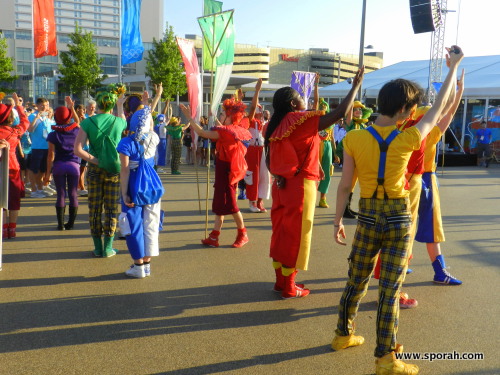 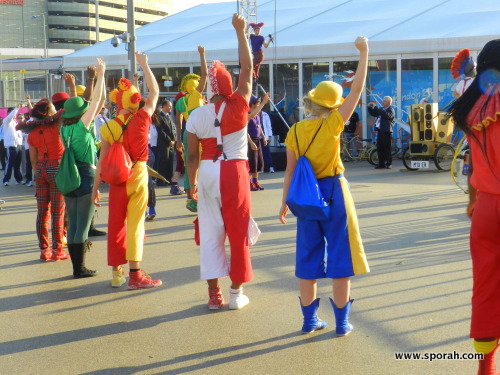 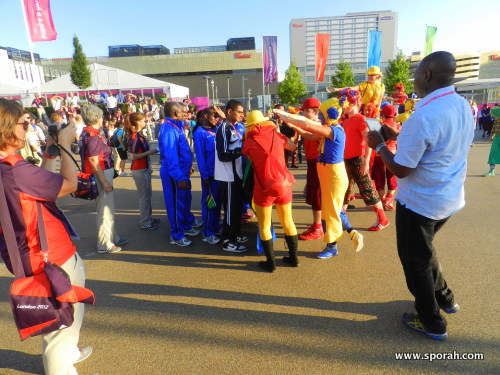 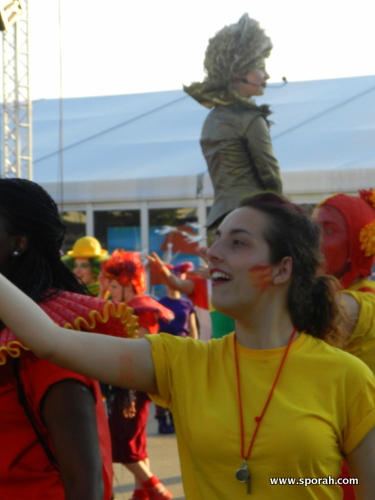 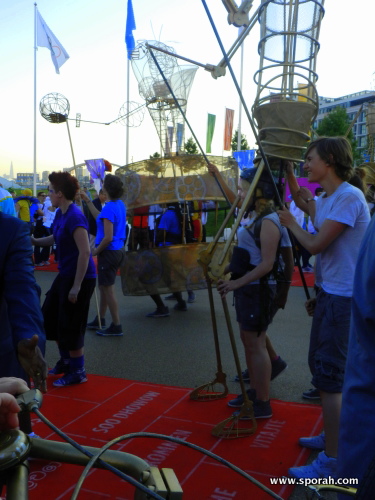 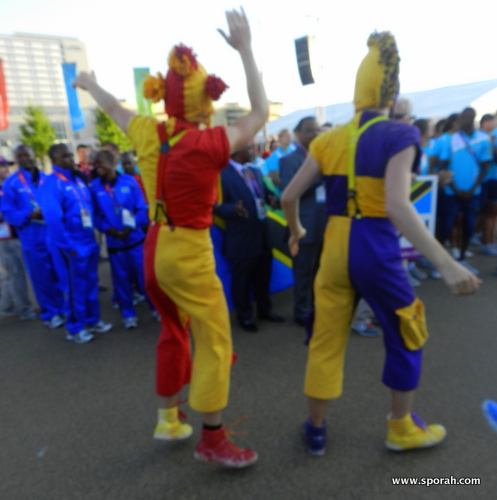 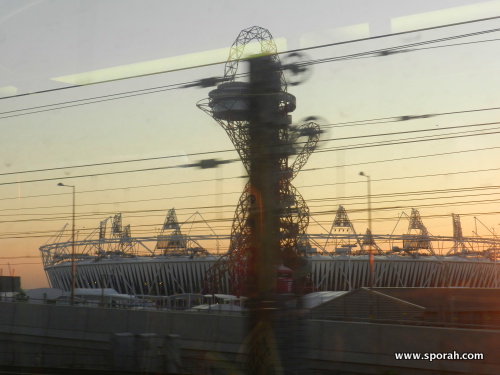