"IF YOU WANT TO GO INTO POLITICS DON'T THINK ABOUT MONEY" The Mayor Of Enfield Council, London . 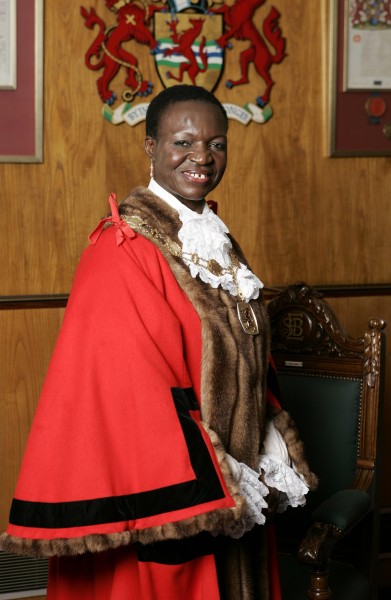 A Nigerian born Councillor Kate Anolue is the new Mayor of the London Borough of Enfield in the United Kingdom. Councillor Anolue, who served as Deputy Mayor last year took over from Councillor Christiana During. Councillor Anolue represents Upper Edmonton Ward and was first elected to the Council in 2002.

In an emotion laden voice the new Mayor said, ‘I wish my father and my husband were here today to witness this event, but I know they are up there looking after me. Unfortunately again, my mother could not be here, but I know she is with her Rosary somewhere praying for me’.

Single Mother.!
The new Mayor said she will use her tenure to raise money for the E18HTEEN Project which supports teenagers between 16-19 in Enfield, Barnet and Haringey who are about to leave care to lead independent lives. 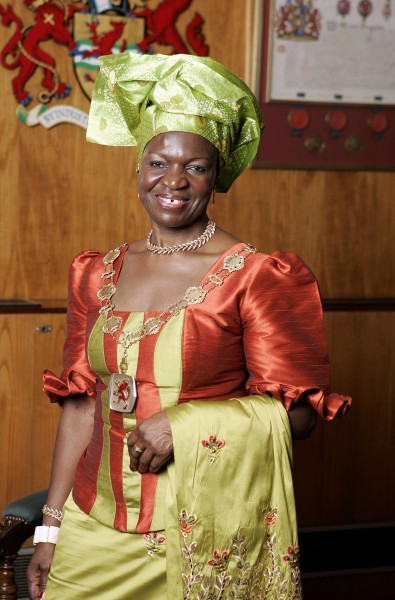 She said also that she will be the Voice for sufferers of sickle Cell Anaemia and Thalassaemia will also benefit from the fundraising
Speaking after the ceremony Ichie Damian Ogene who represented the Regent of Nanka said ‘this is a wonderful feat; thank God I am an eye witness to this great occasion and achievement of a remarkable Nigerian. You Nigerians in the Diaspora are indeed making us proud and I wish the media in the Western world report positive news like this’Councillor Kate, a widow who single-handed brought-up 4 children who are today gainfully employed.
The astute and hardworking Nigerian born Councillor Anolue is a Registered Community/Hospital Midwife and also a qualified lawyer. However, she did not give up her midwifery career rather she became the Royal College of Midwives Steward for North Middlesex University Hospital Midwives; Member, Racial Equality Council, Enfield. She is a Panel Member of Health Scrutiny, Women officer for Labour Party Group and Governor of two schools in Enfield and Vice Chairman Association of British Nigerian Councillors