TEAM TANZANIA HAS BEEN WELCOMED AT THE LONDON 2012 PARALYMPIC GAMES AT STRATFORD VILLAGE IN THE UK. 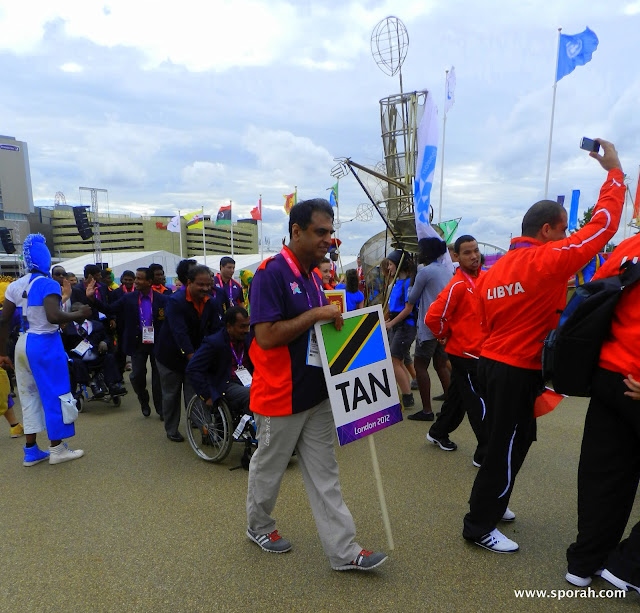 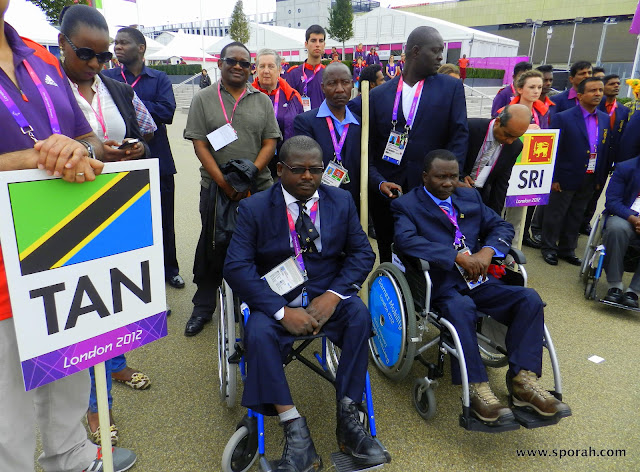 It was a colourful Ceremony as Tanzania were officially welcomed at Stratford in London. 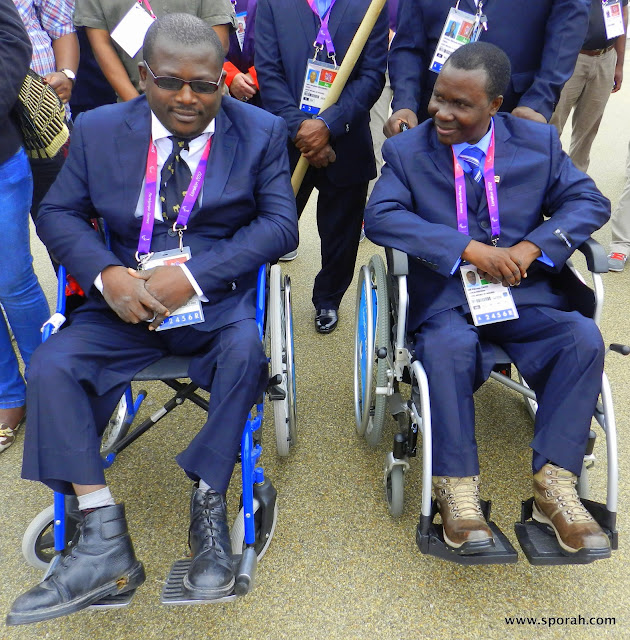 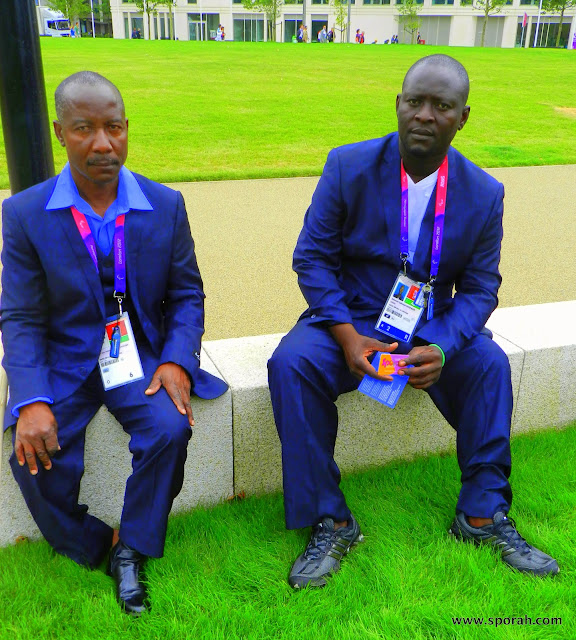 On the right is Mr John Ndumbaro who is the coach, and on the left is Mr Zaharani Mwenemti the athlete participating in discuss and short put. 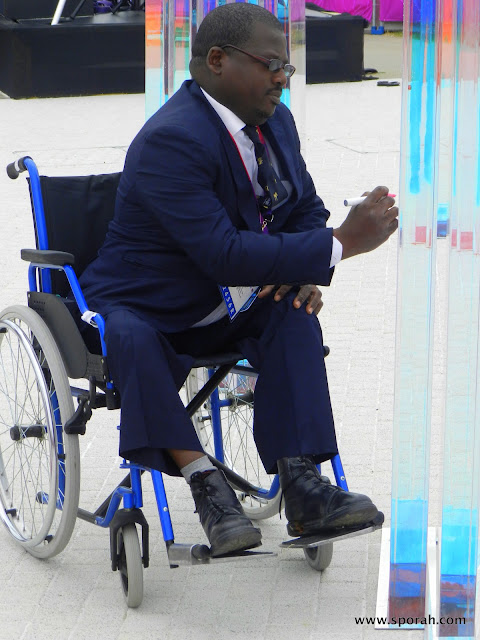 Mr Jonson Jason, The President of the Paralympic in Tanzania putting a signature to symbolis there attendence at the paralympic games in 2012 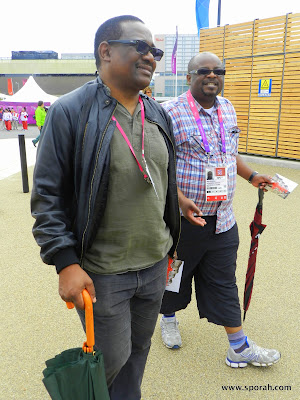 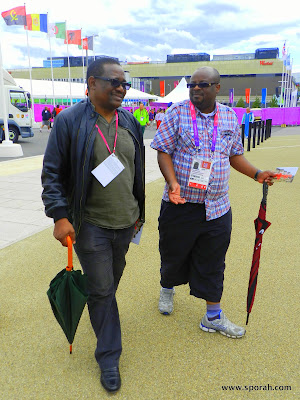 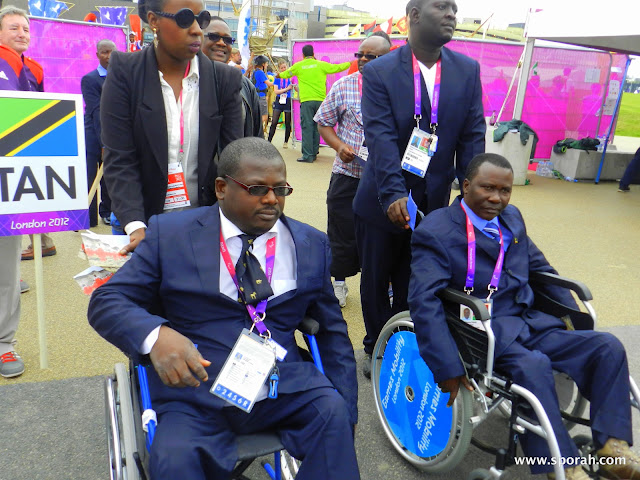 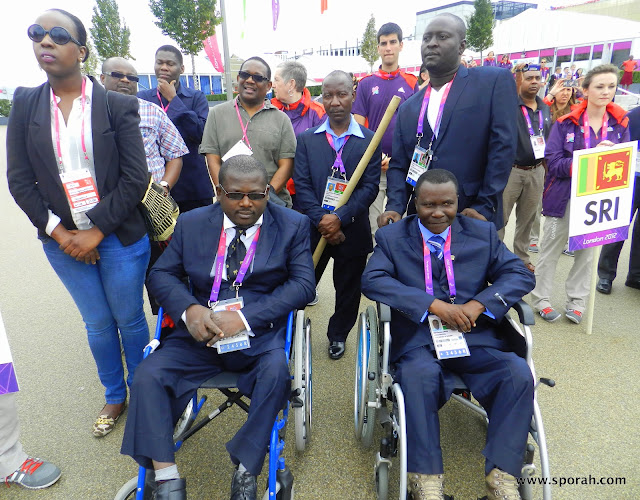 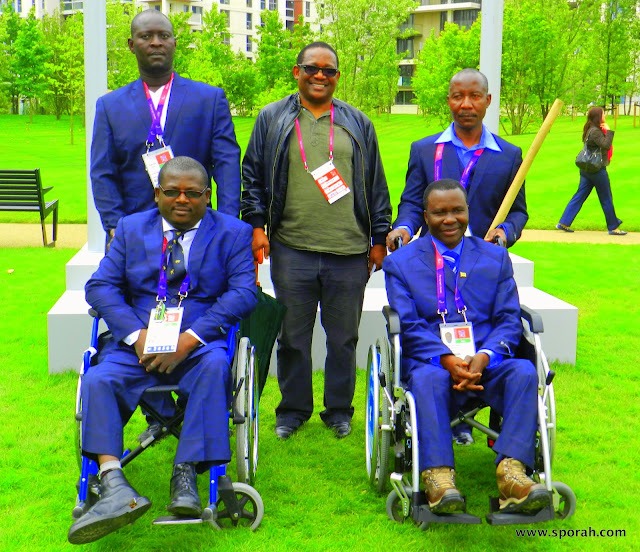 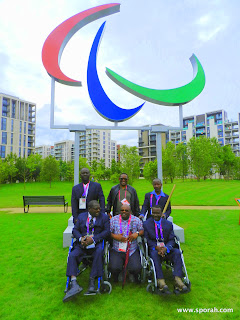 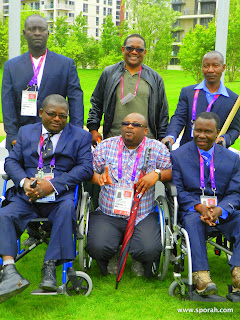 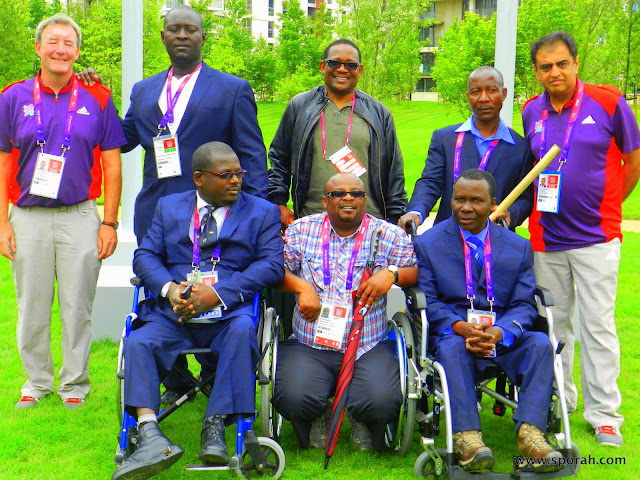 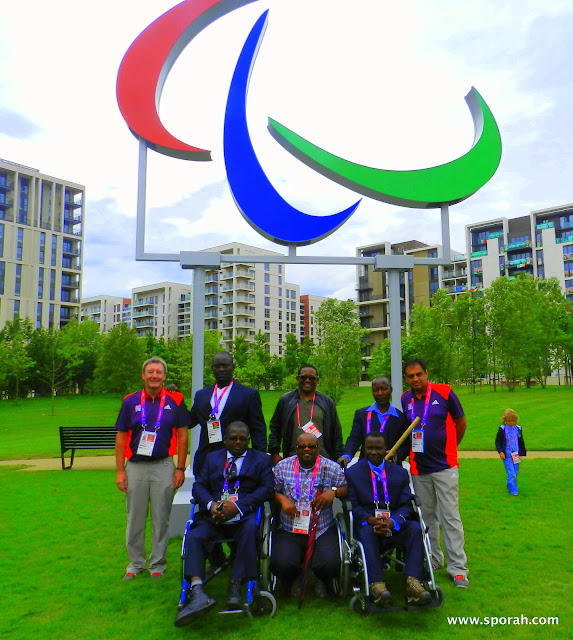 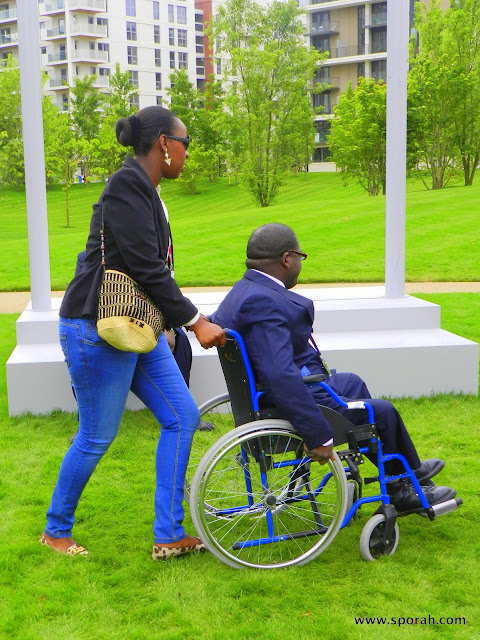 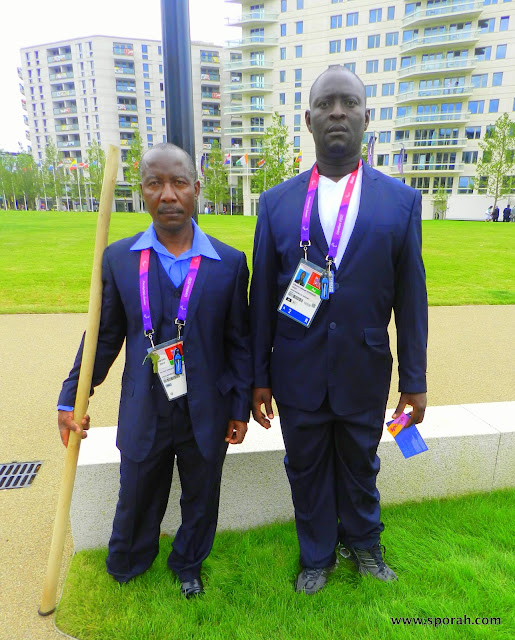 THE SPORAH SHOW
WOULD LIKE TO WISH YOU ALL THE BEST OF LUCK FOR THE LONDON 2012 PARALYMPIC GAMES AND WE CAN'T WAIT TO SEE YOU ALL IN ACTION.

So What Is Paralympic?
In 1948, Sir Ludwig Guttmann organised a sports competition involving World War II veterans with a spinal cord-related injury in Stoke Mandeville, England. Four years later, competitors from Holland joined the Games, and the international movement, now known as the Paralympic Movement, was born. 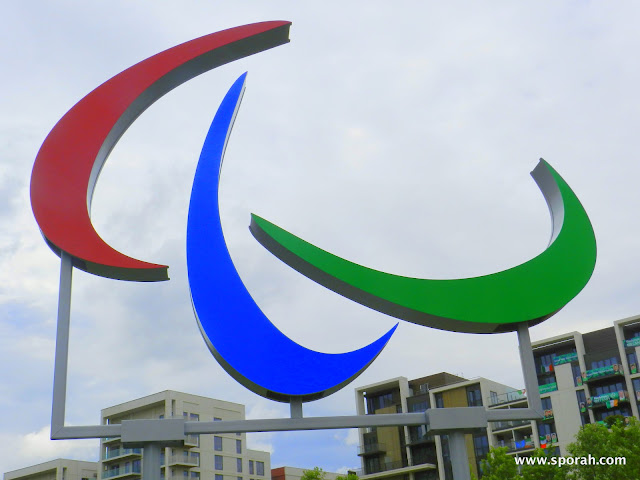 Olympic-style games for athletes with a disability were organised for the first time in Rome in 1960. In Toronto in 1976, other disability groups were added and the idea of merging together different disability groups for international sports competitions was born. In the same year, the first Paralympic Winter Games took place in Sweden.