HEROES COME AND GO, BUT LEGENDS ARE FOREVER! 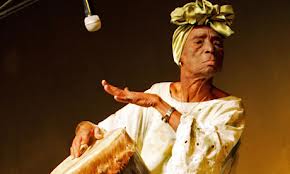 Tanzanian singer Fatma binti Baraka, known as Bi Kidude, has died at her home on the island of Zanzibar.

Thought to be more than 100 years old, she was a legendary performer of Taarab, a style of Swahili Arab-influenced music.

National treasure'
According to Womex, she started her career as a Taraab singer in the 1920s.

In 2005, she was awarded a prize for her contribution to world music at Womex, the annual gathering of the world music industry. She continued performing and touring until recently.

"She not only helped to maintain the cultural heritage, but also reinvented it, infusing it with local rhythms, Swahili language and matters of everyday life,

The singer's exact date of birth is not known, but she is believed to have been born in 1910.

Bi Kidude was the subject of a documentary, As Old As My Tongue, a few years ago which reported that she began breaking rules at an early age, running away from a Koranic school at the age of 10.

"What was special about Bi Kidude was she lived the life that she wanted to live," DJ Rita Ray, who worked on the documentary, told the BBC's Focus on Africa programme.

"When she started singing Taraab, the female singers sang beneath the veil. She removed the veil - that was really revolutionary and so controversial.

"She followed her own spirit. She ran away from two husbands, she was childless,
She also broke Muslim taboos by openly smoking and drinking alcohol, She removed the veil - that was really revolutionary and so controversial”
they say.

She really broke their rules but at the same time she embodied all the great cultural aspects of that island."

The singer was also generous with her time, teaching upcoming musicians, and with her money.

"She'd go away touring around the world - come back with thousands and within days Bi Kidude was penniless because she was looking after everyone whether they were relatives or people coming with hard luck stories," Ms Ray said.

Bi Kidude was also a reputed herbalist, known for her asthma cures with people queuing for her medicine, Ms Ray added. 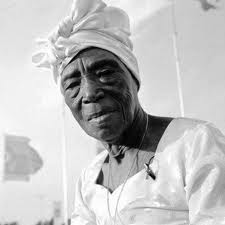 "She was just true to herself. There're not many people who can withstand that kind of controversy all their life," she said.

"And in the end she won everybody over - she is a national treasure now."