FAIR WEEK, NEW SHOW, NEW GUEST'S, JOIN US AND GET TO KNOW OUR GUEST'S ON THE SPORAH SHOW THIS WEEK. 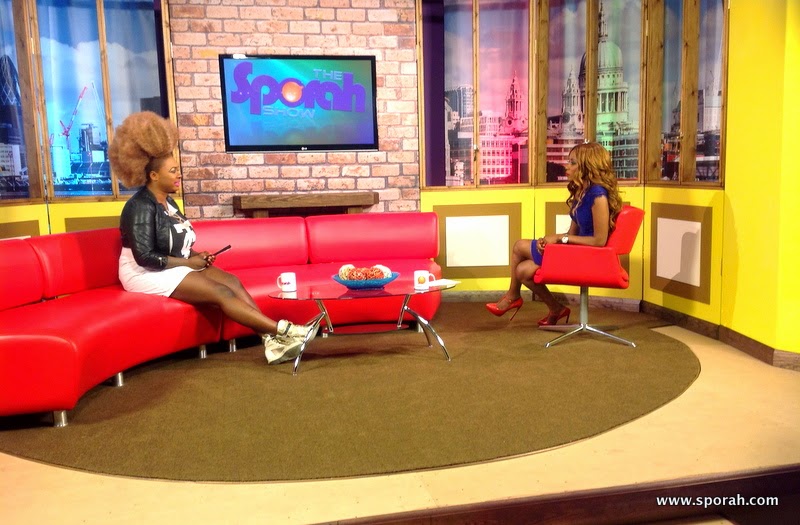 Nathalie Makoma : jetted in this morning from Belgium to come and give us a word or more .. share her new song for her fans and followers .. and also tell us  how it is like being a solo artist .

HER entourage was with her.. to support her which was Fantastic.
Nathalie Makoma (born on 24 February 1982 in Kinshasa, Democratic Republic of Congo, then
called Zaire) is a Dutch-Congolese singer formerly of a family musical group called Makoma. She
turned solo in 2003. She was signed to Sony BMG. She married in 2009. 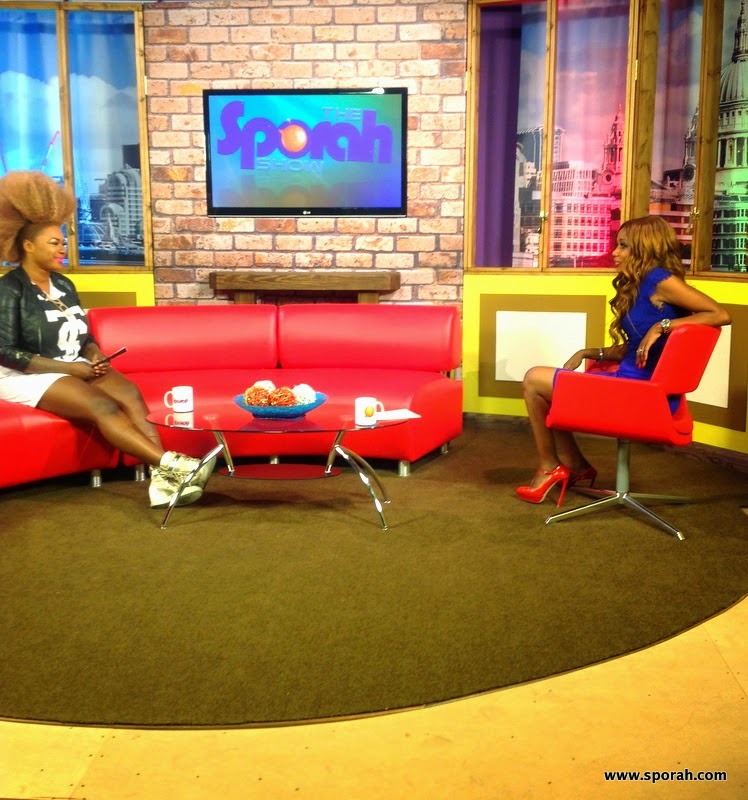 And Now co-founding GOODY GOODY RECORDS.  ONE MORE TRY is the tune to watch out for.. she has got lot of potential. For she is a self groomed writer and Singer. She  has performed for the last  twenty years and seems the journey has just begun. she flaunts her performing skills with concepts that are brutally honest, and down to earth,in a way she only can. 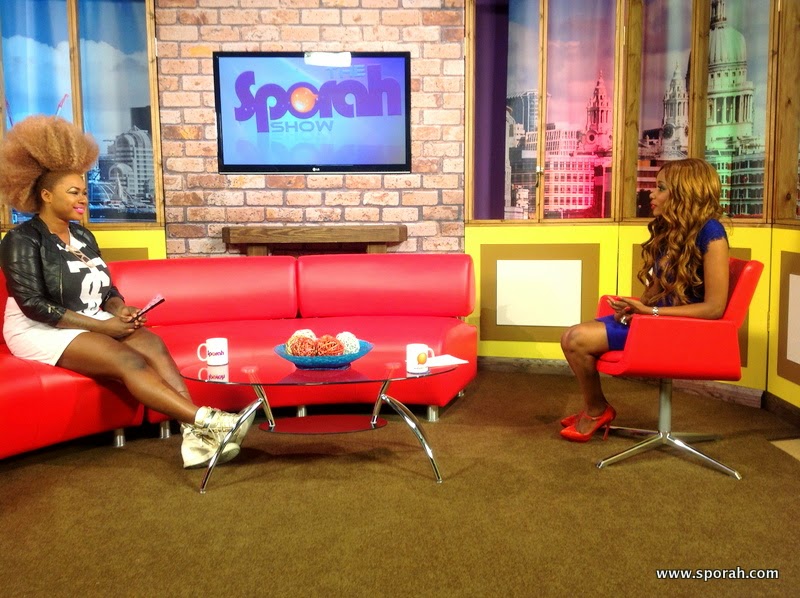 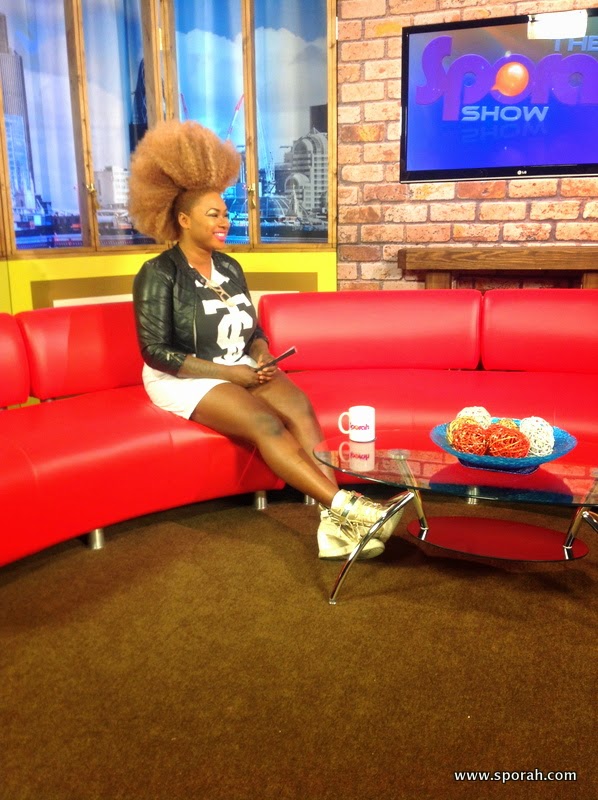 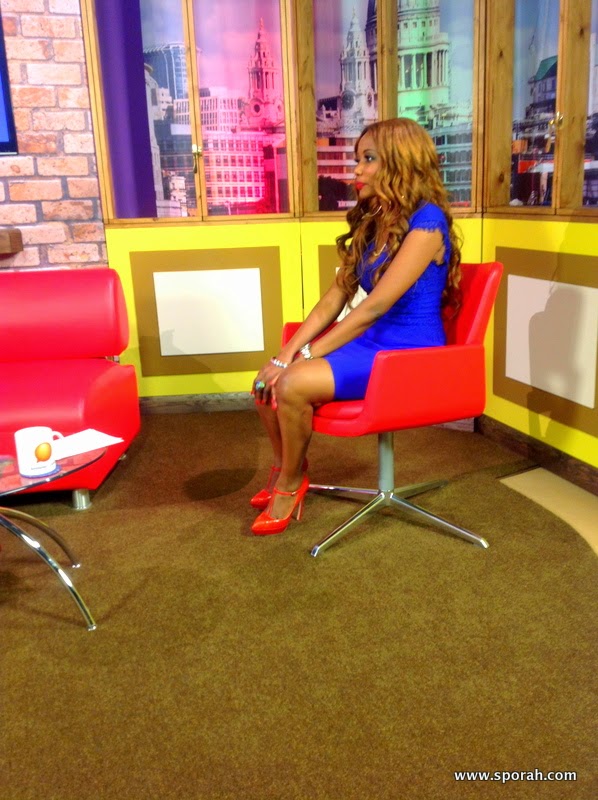 We had a lot to talk about.. so don't miss this  lady doing her thing. 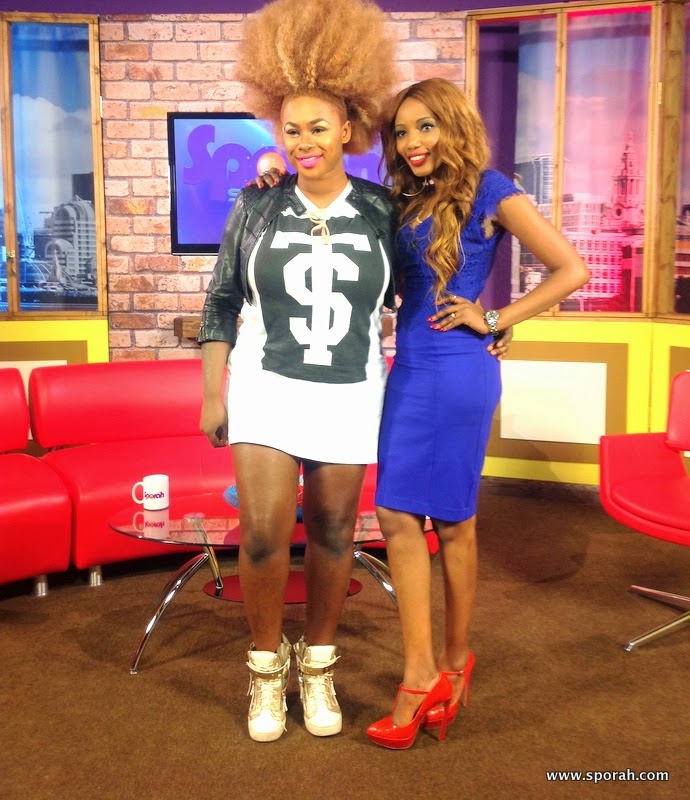 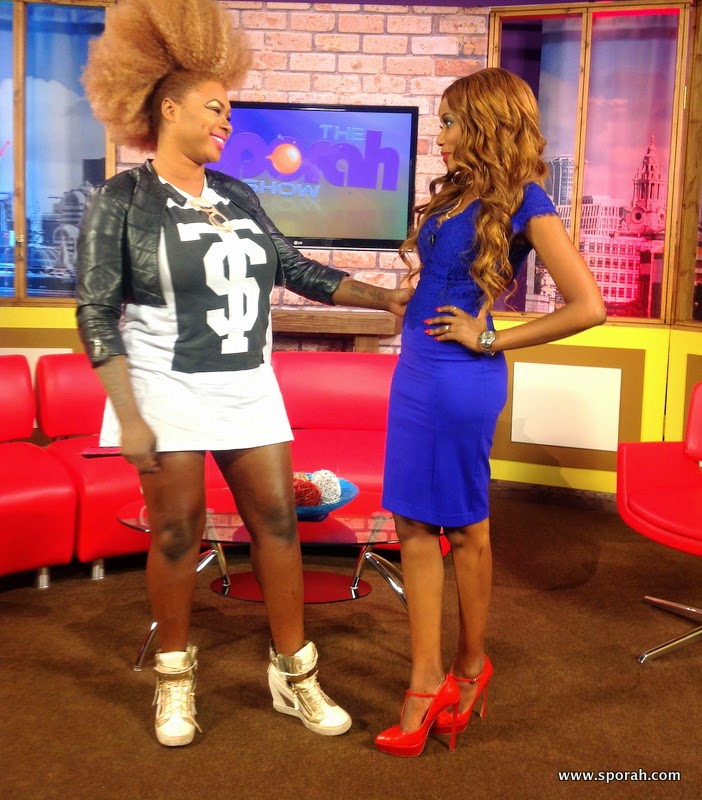 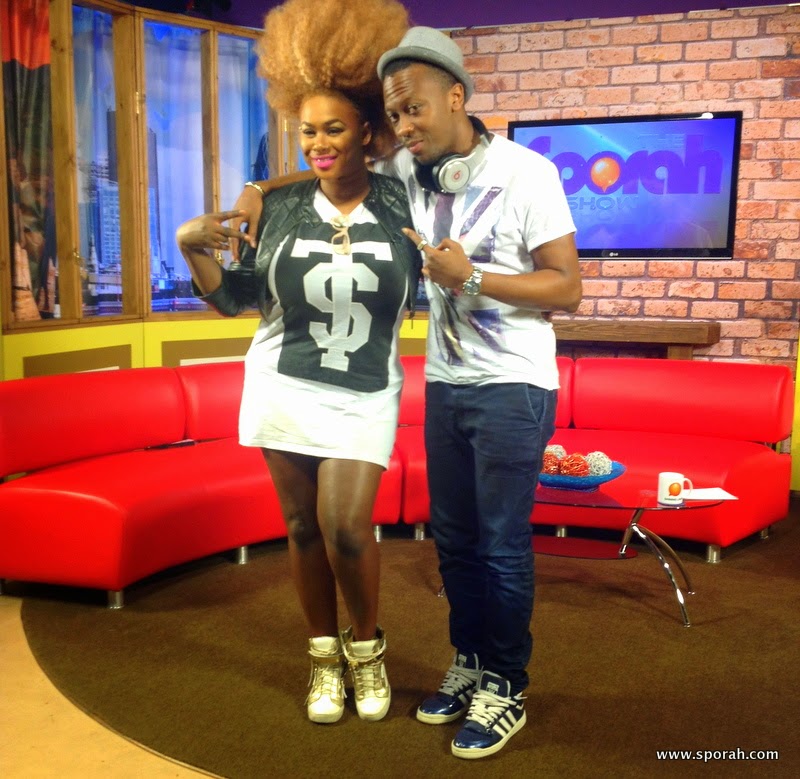 With Our One and Only DJ "Boggossi" 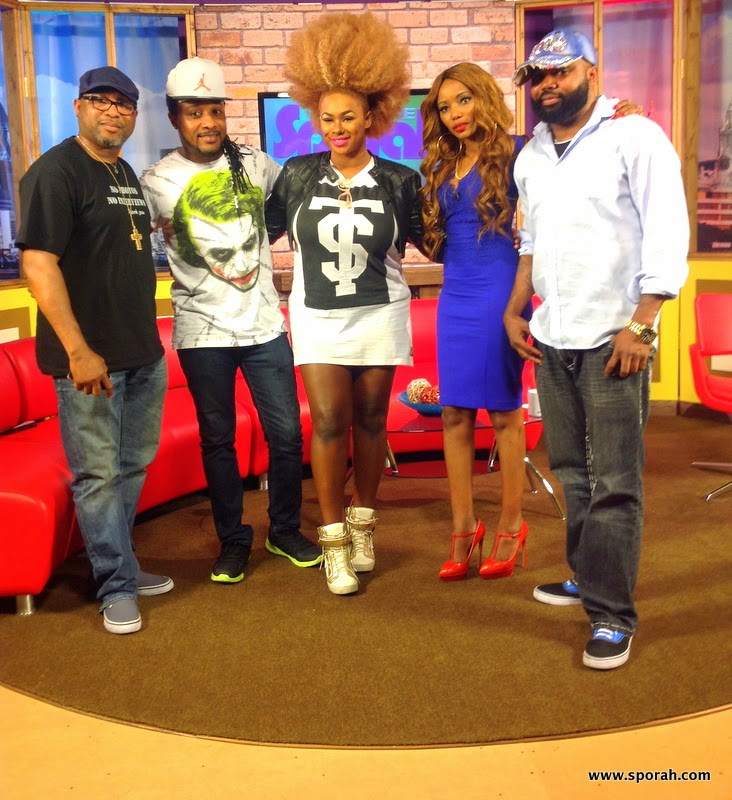 NATHALIE'S entourage: Husband, Hair dresser and Manager.
ENJOY THE PERFORMANCES .ON THE SHOW .... 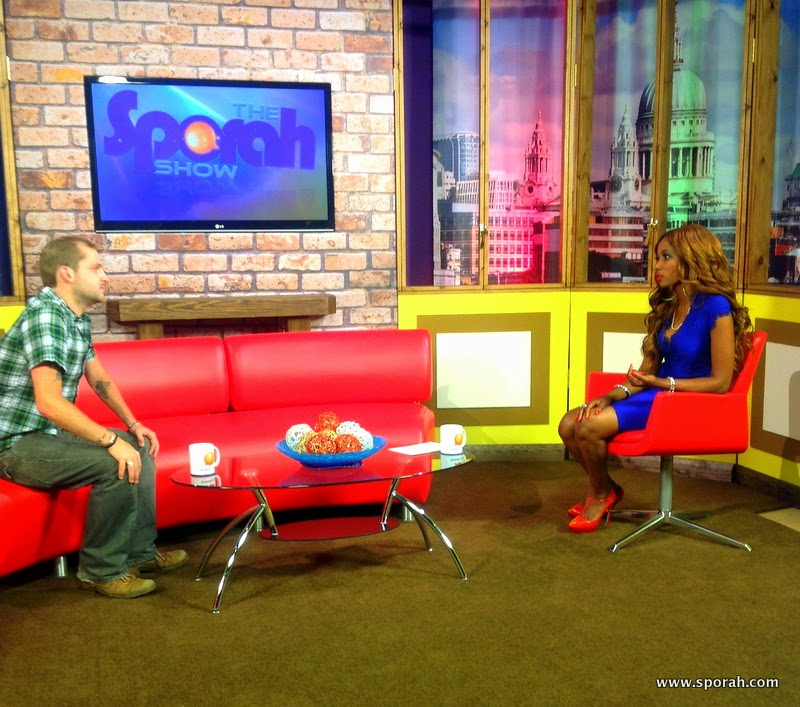 Matt Grime. Singer and song writer  of his own Music. He  has been Heart broken so many times and to cure a broken heart he put it all on paper and sang it out too.. that heals his heart. 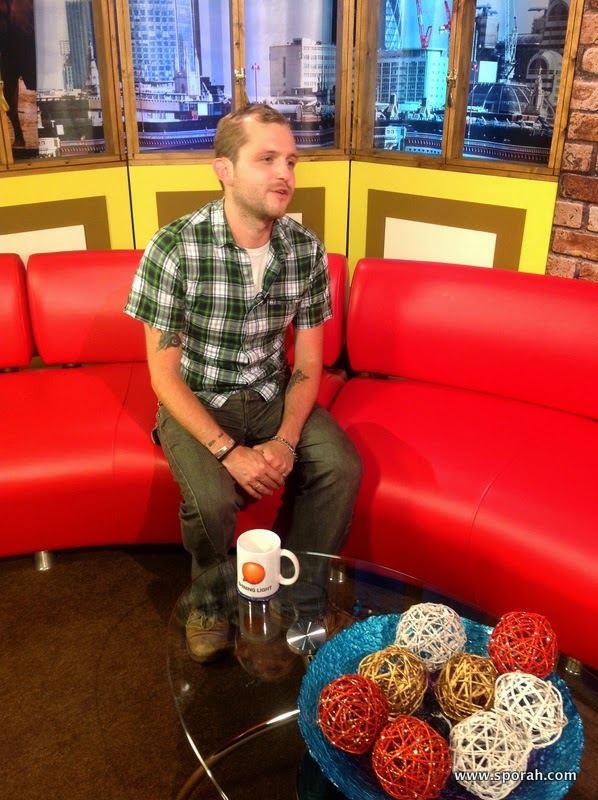 Matt asks Sporah what would you do if you were heart broken?
.(a) scream
(b) sing about it and help another soul from the heart break? 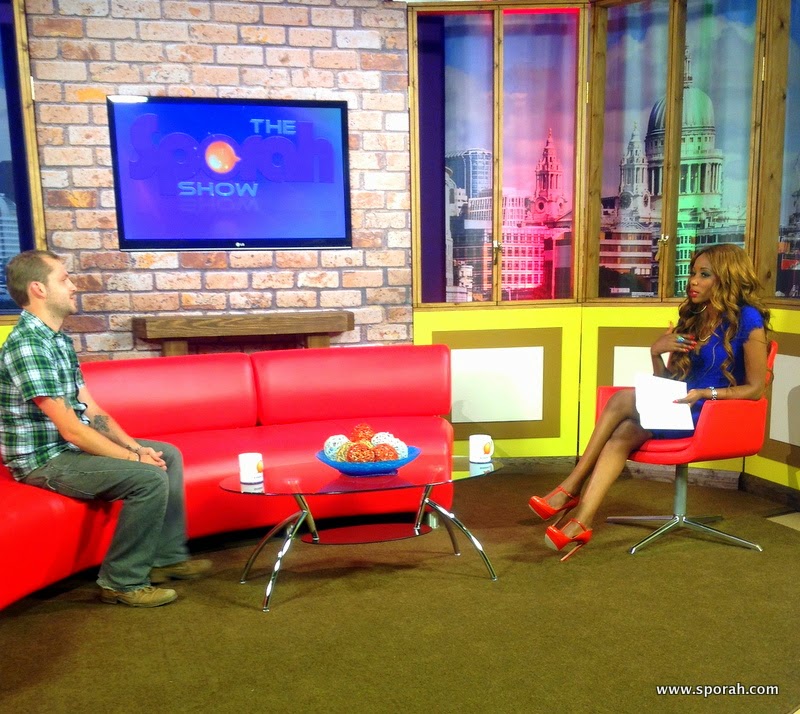 Sporah explains  how she would understand one who screams and one who sings about it just like he is doing..
FAIR ENOUGH no hard feelings.. 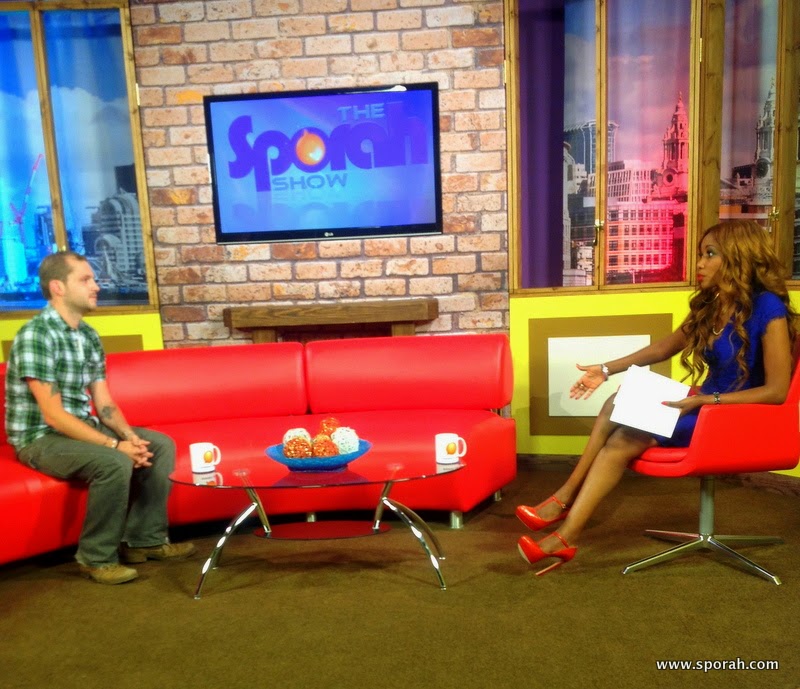 A LOT was said and shared on the show so TUNE IN  and watch... but as always we have full house and  the next guests  are ready to come on set..
it was nice of you to drop by. We cant wait for your performance. BRING IT ON.. MATT.. 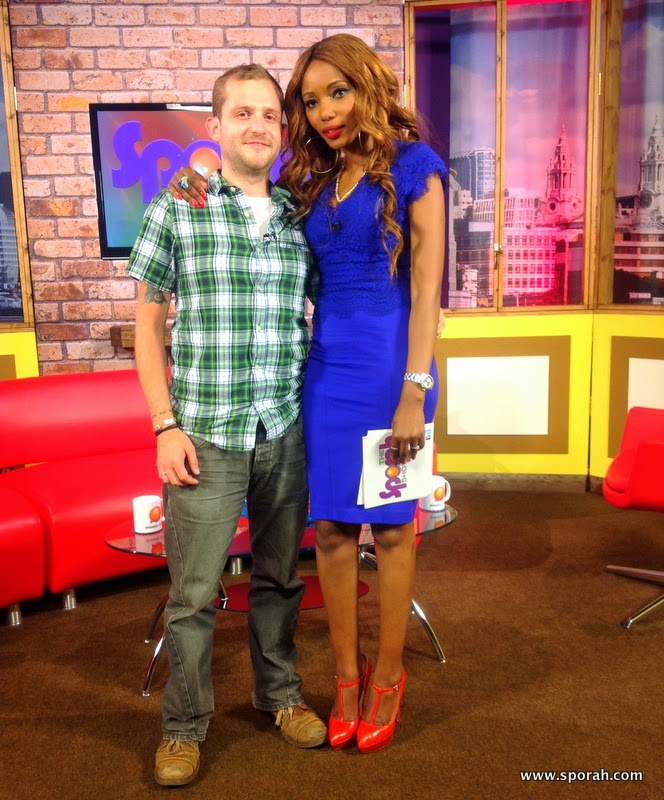 Time for Pictures  smile to the camera . Matt . 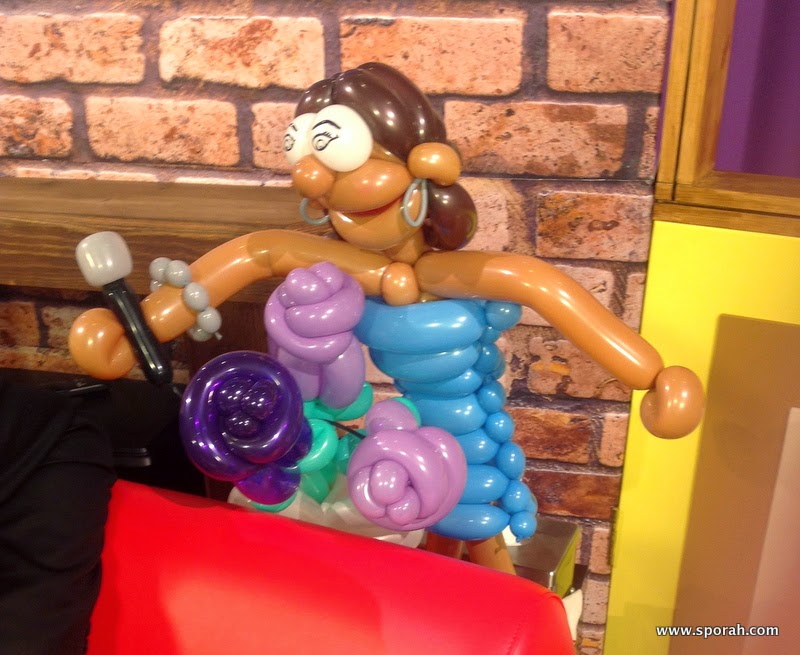 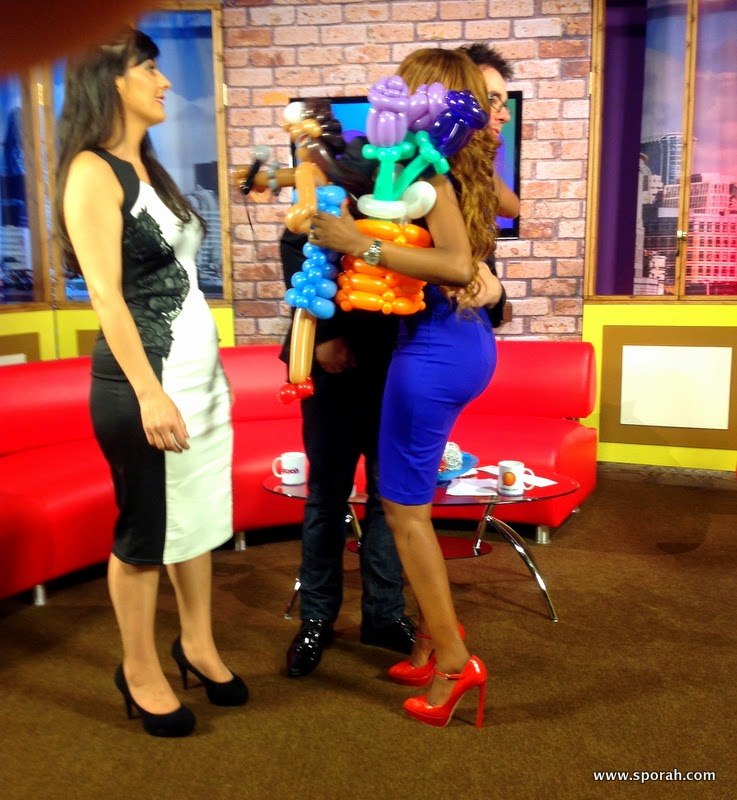 2MINDS  COMBINED "The Visual Mentalists" AN AND ELISA HAMILTON... 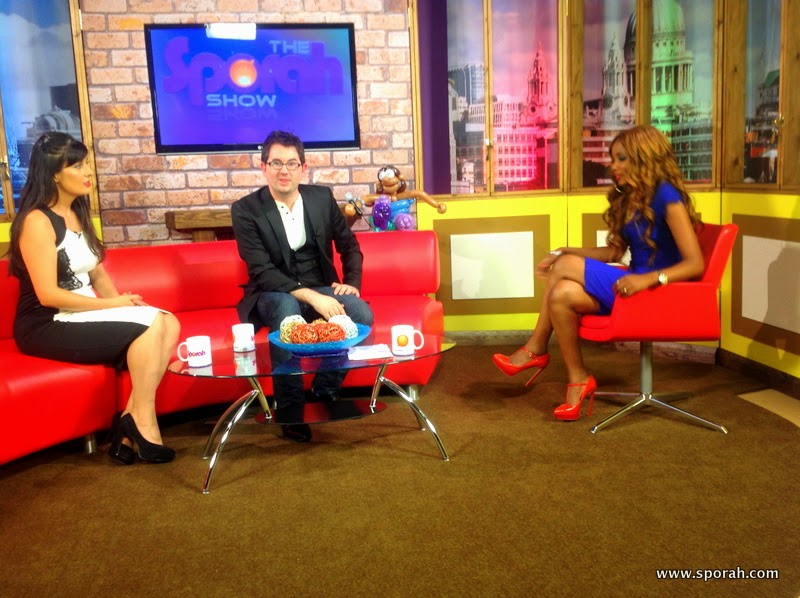 IAN AND ELISA are a couple that works together..
Combining shadows of classic animals such as birds and elephants with famous celebrities, well known characters and magic tricks all set to music to create a one of a kind performance suitable for all nationalities and age groups
they brought all on the show .. you don't want to MISS!! 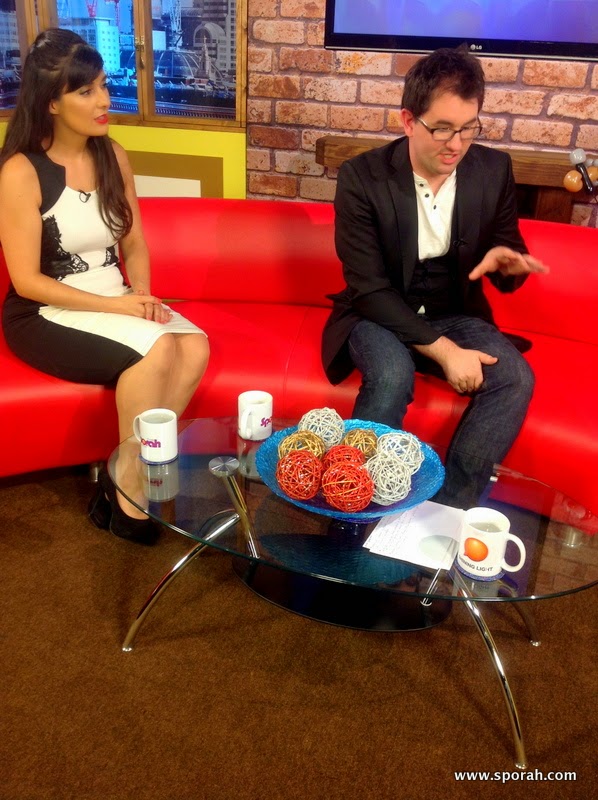 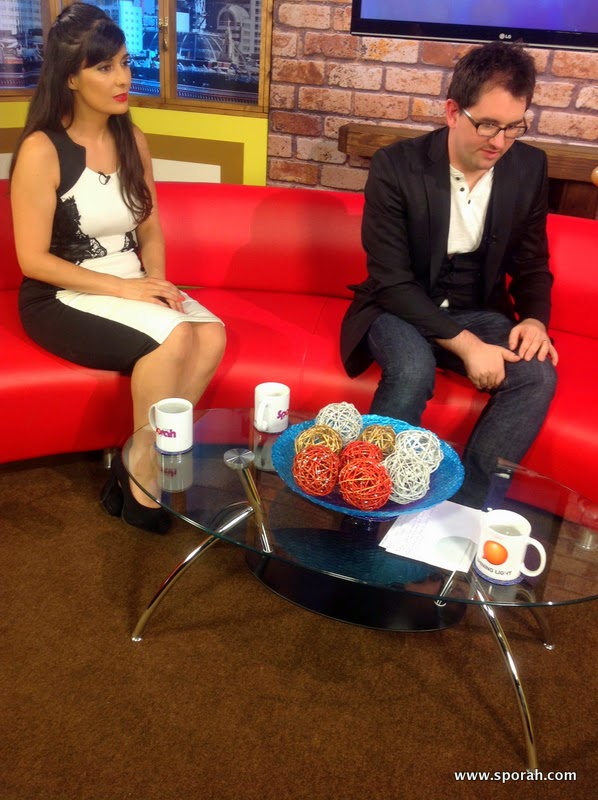 2 Minds Combined have created a new concept in mentalism. “Visual Mindreading” by taking highly visual magic illusions and combining them with a mindreading twist to create an entertaining and enjoyable experience. 2Minds Combined fuse Magic, Mindreading , Psychic speedpainting and Shadowgraphy ( Hand Shadows ) to add a little touch of mystery to any event. 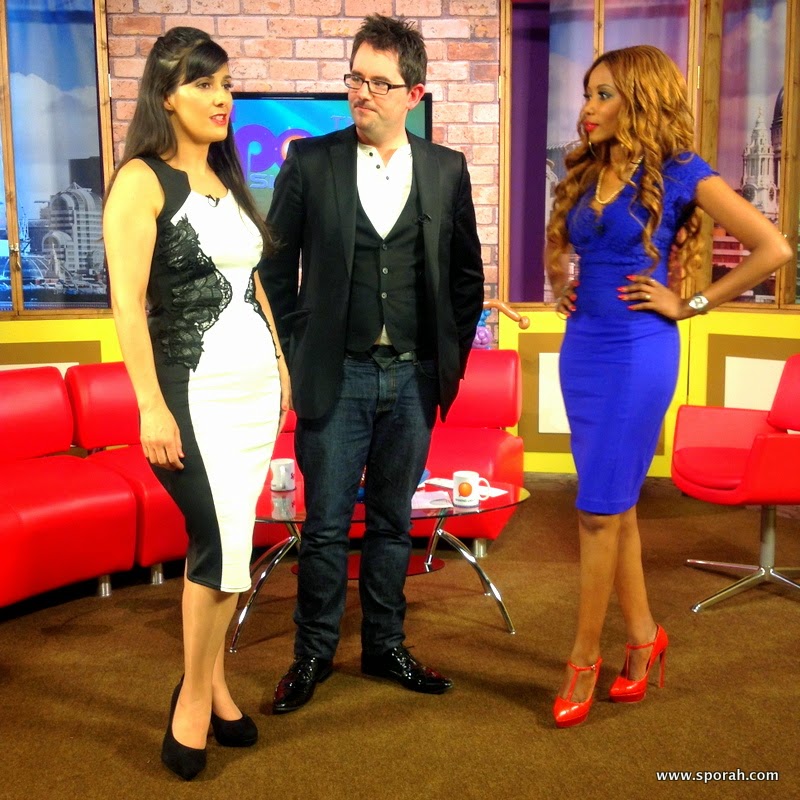 BUT  before that  says IAN says  we got something for you ..
GUESS WHAT IT WAS..
SPORAH'S!! look...!!!!
Not knowing what to expect .. picture time  and then the next Guest. 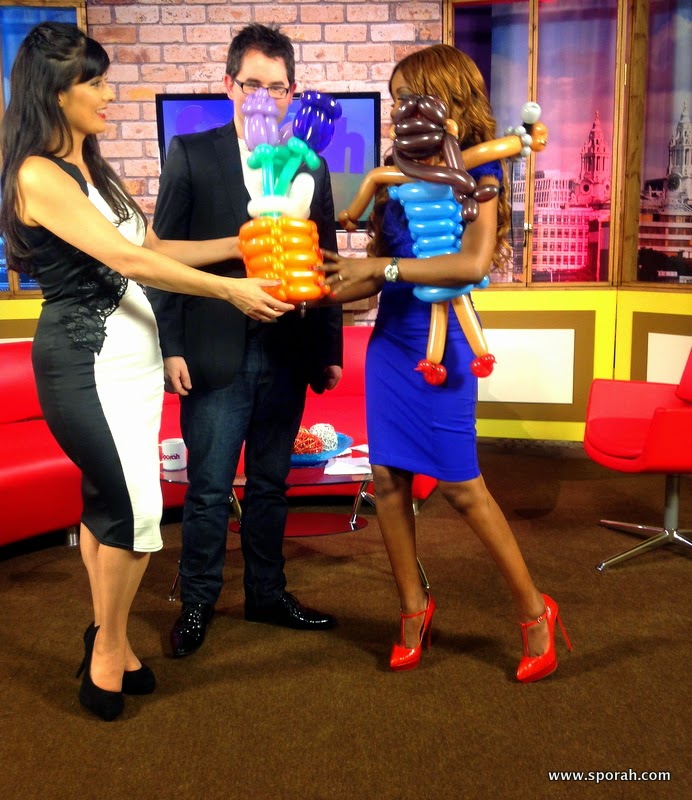 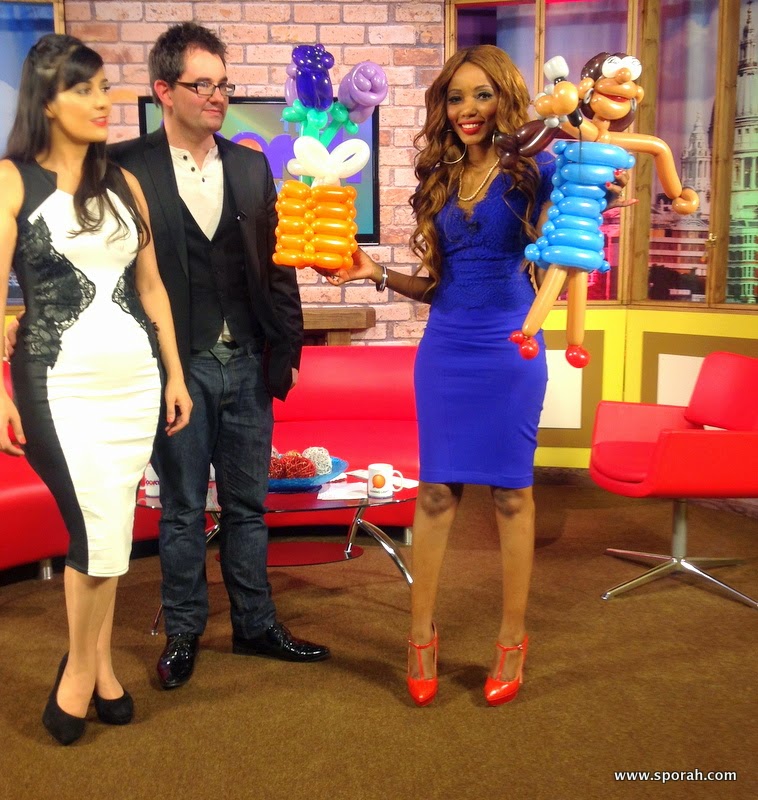 SURPRISE SURPRISE.!!!
.. MINI SPORAH WITH A MICROPHONE AND A FLOWER BANQUET  BOTH MADE BY
Ian And Elisa  from Balloons.. 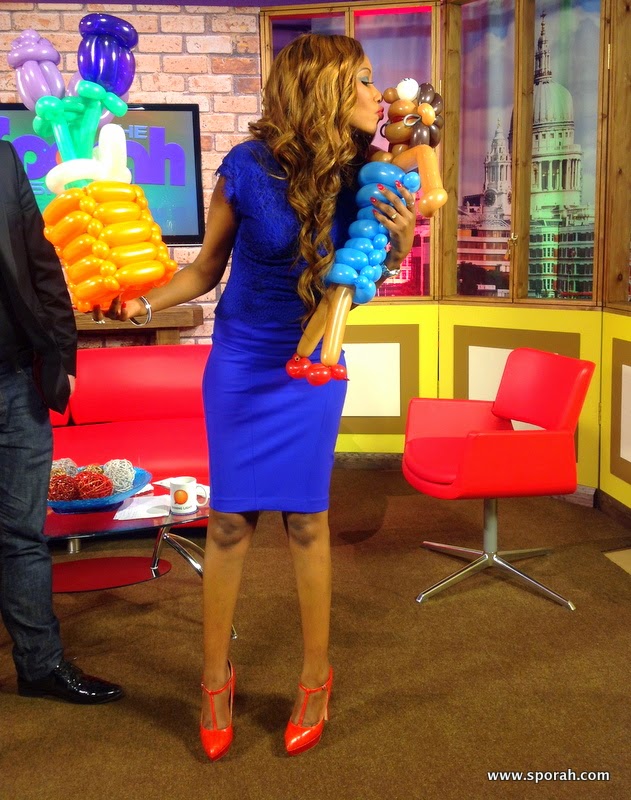 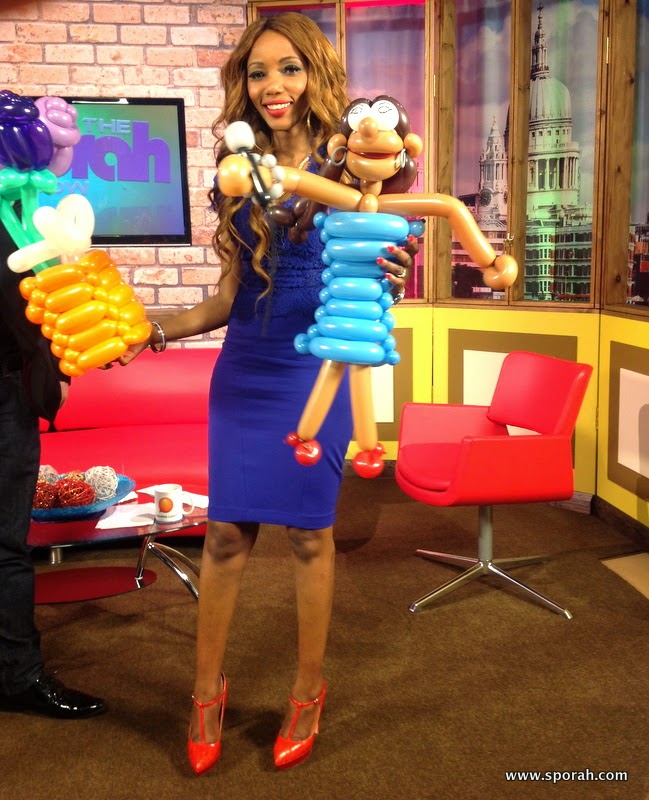 Thank you so much  Sporah hugs and says  bye bye  What a way to finish the show!!


NOT TO BE MISSED Every Tuesday 8:00PM ON SKY CHANNEL 218 VOXAFRICA