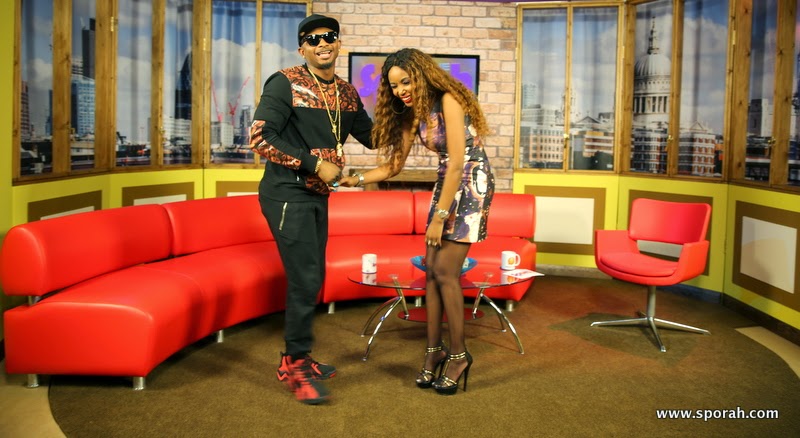 Sporah and Sean Tizzle on stage. 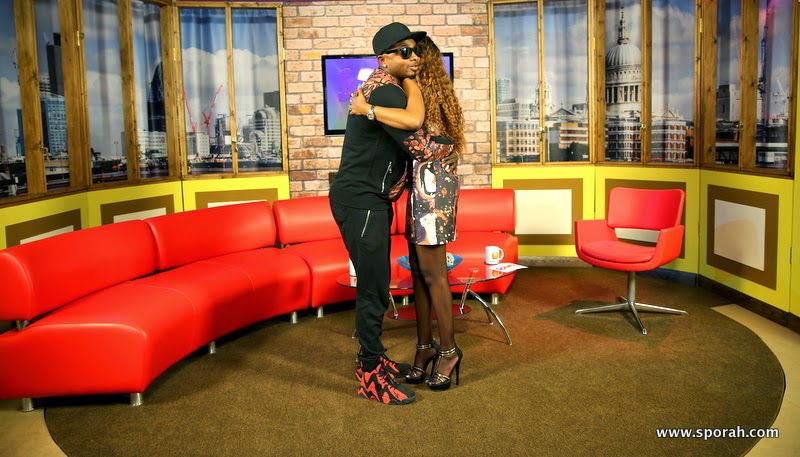 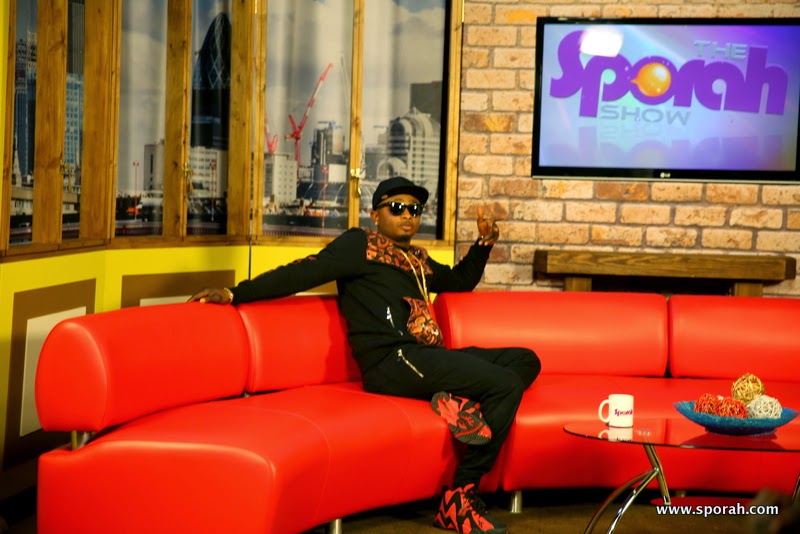 Morihanfen Oluwaseun Oluwabamidele popularly known as “Sean Tizzle”is one of Nigeria’s fast rising artiste that has been able to get millions of music lovers’ attention to his side in less than two months after the release of his hit single “Sho Lee”. In just few weeks that he came into the Nigerian music industry with this banger “Sho Lee”, Sean Tizzle is now one of the best young artiste to be reckoned with. His mouth watery single is now on the lips of music lovers across the nation and that has really placed him ahead his game. Sho Lee, is unarguably rocking clubs all over the country and really enjoying massive airplay on different radio stations across the country. 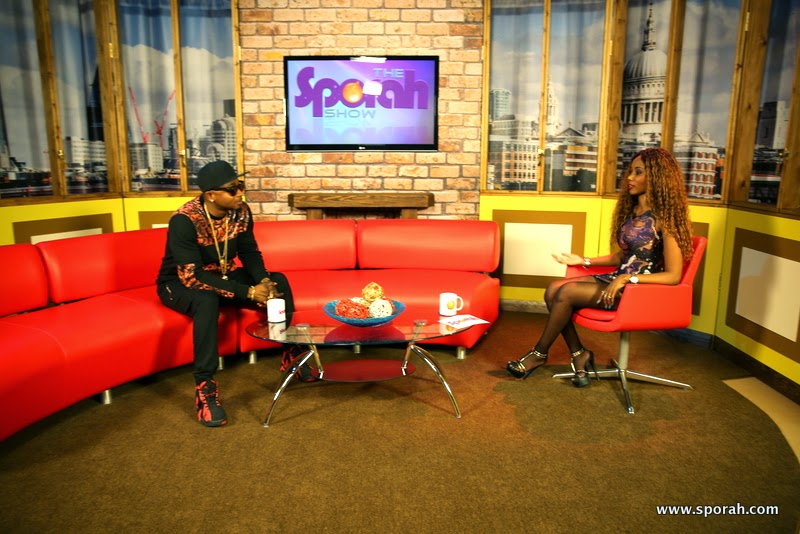 Beyond Sean Tizzle, who is Seun?
I am calm, cool-headed, down-to-earth and straightforward. I am also very prayerful and playful. 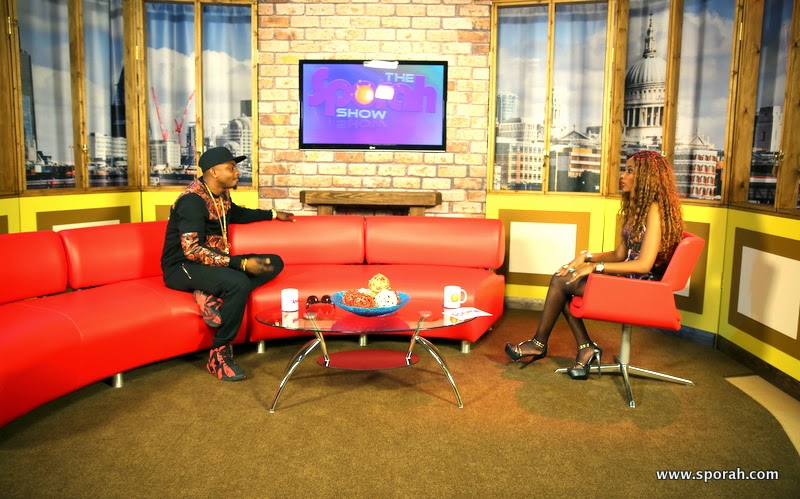 When did you start your music career?
Professionally, I have been doing music for five years. My uncle was a gospel rap artiste and he introduced me into music. I started with a group called the ‘3-way band’.  Initially, I was a rap artiste but I left.  My first record was released in 2009 by my producer, D’tunes.  Then in 2013, we unleashed the Sean Tizzle brand. 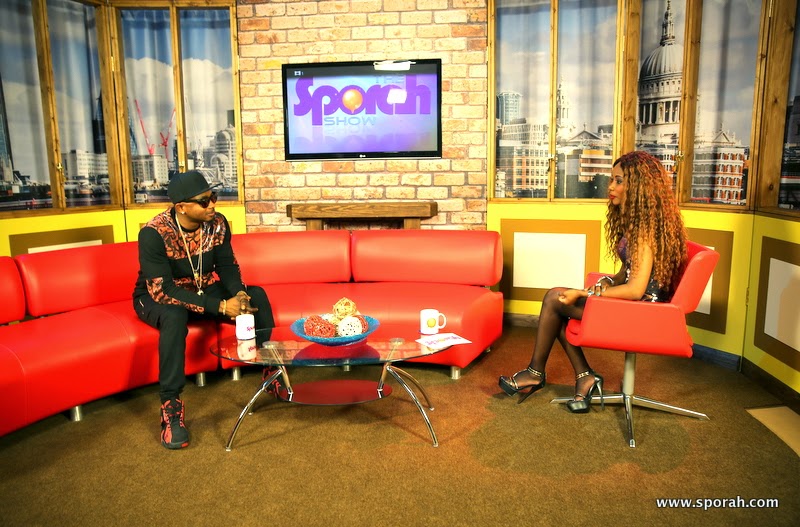 Sho Lee is your first single which is already an instant hit. What would you say was the secret to your instant success?
God,  a good producer and a wonderful team. 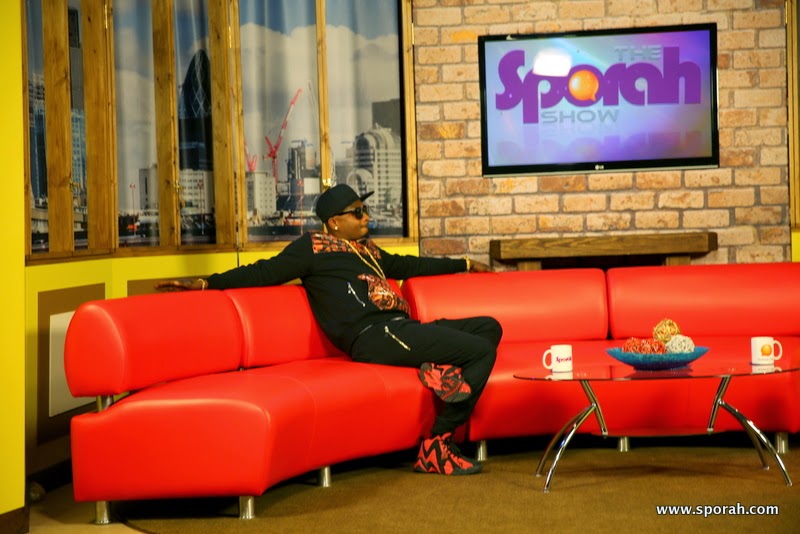 What challenges did you face before now? 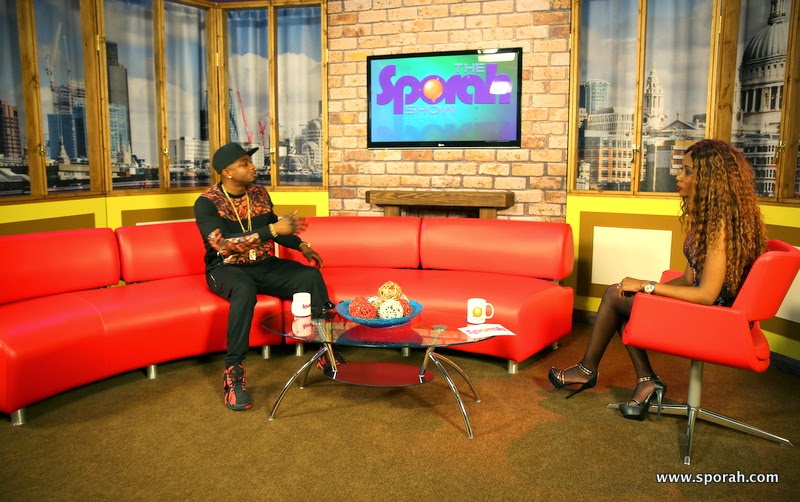 I didn’t see anything I faced or rather went through as challenges. I believe everything that happened was supposed to happen to bring me here right now, and I am grateful. 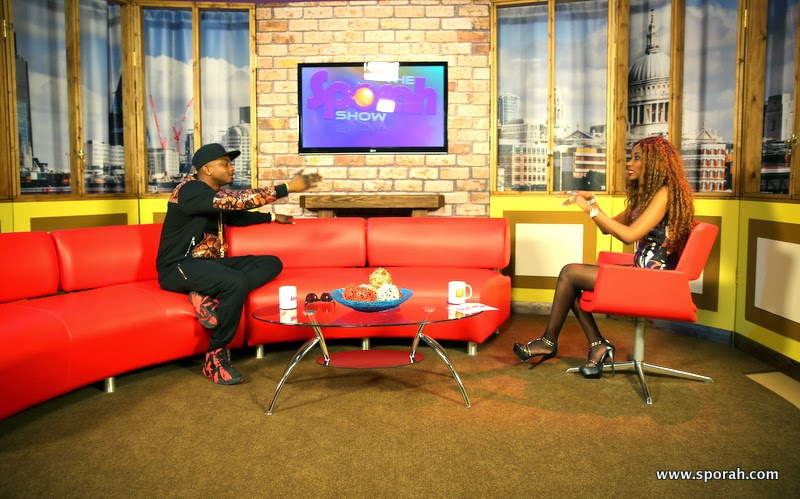 How far has your music taken you?
It has taken me very far.  I have won three awards so far.  I was in the United States for Emmy Awards and I was also in London for a festival.  I was on BBC radio and television and HERE I AM ON THE SPORAH SHOW,  That is big.  I have been travelling and performing outside the country since. 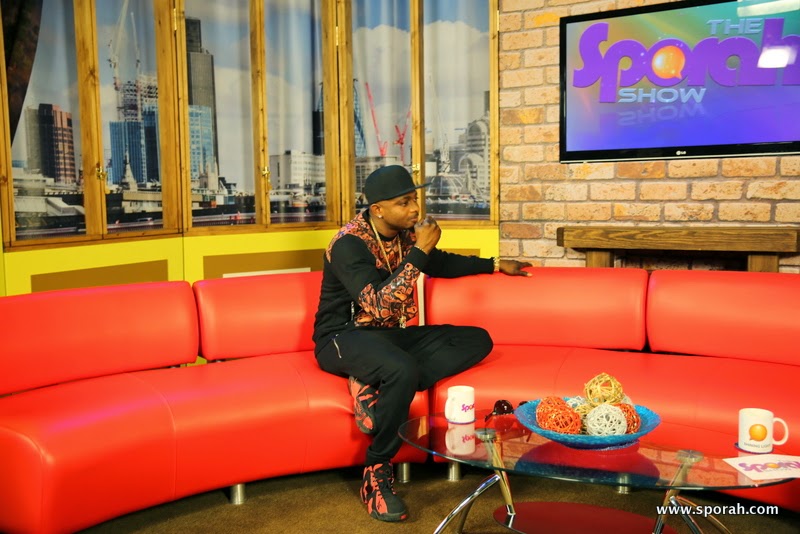 Tell us something no one knows about you?
I’m a very good kisser.

Last words?
First, I want to thank God, D Tunes for believing in me, then my fans, my team and my family. Thank you all very much.

OUR LIVE DJ, DJ BOGASISSY  DOING WHAT HE DOES BEST! Mr. Dj and Sean Tizzle after the show. 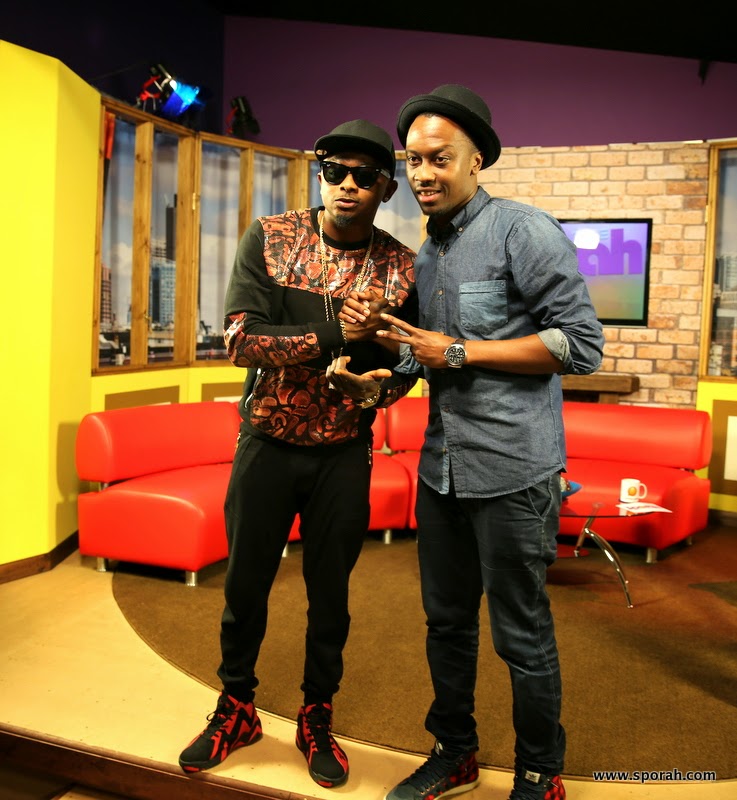 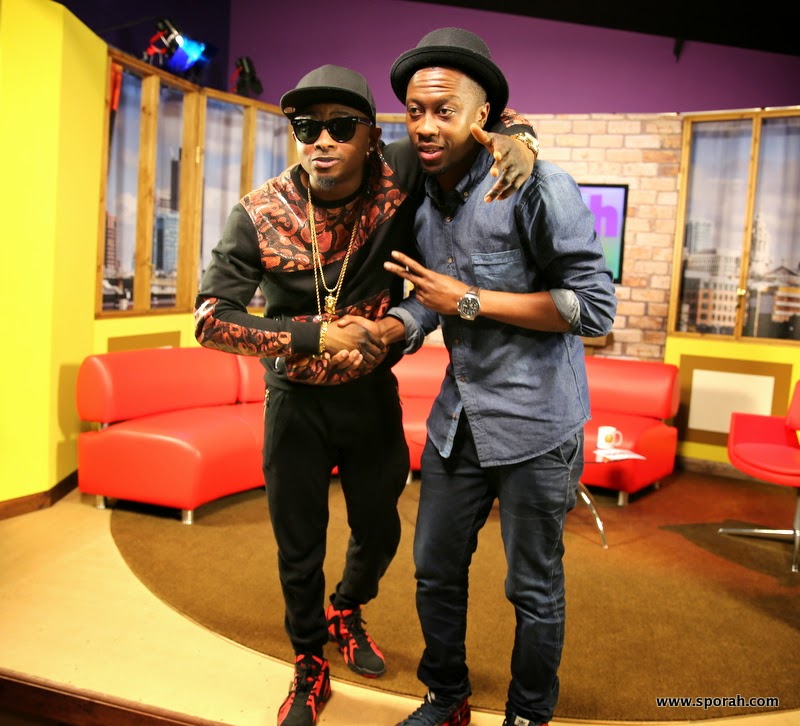 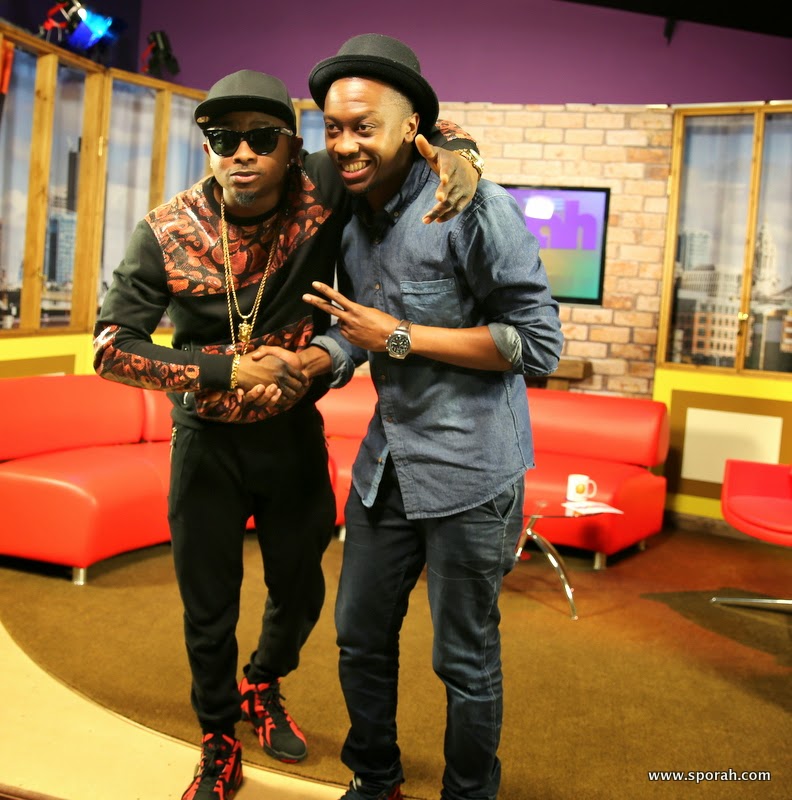 DONT MISS OUT THE SPORAH SHOW